NEW YORK, June 24, 2021 /PRNewswire/ — ASCAP reveals the winners of its prestigious 2021 ASCAP Rhythm & Soul Music Awards today through Thursday, June 24 on @ASCAP & @ASCAPUrban social media. The 34th annual event returns in ASCAP’s innovative virtual format for a second year, to recognize the distinguished songwriters, producers and publishers behind hip-hop, R&B and gospel music’s biggest hits. Fans and friends everywhere can participate in the celebration by tuning in for exclusive photos and videos from the winners with the hashtag #ASCAPAwards via @ASCAPUrban on Instagram and @ASCAP on Instagram & Twitter. 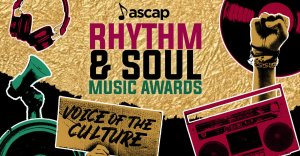 Rapper Lil Baby is named ASCAP Songwriter of the Year, an honor most recently held by Cardi B, Quavo and Gucci Mane, for his songs including “Baby,” “The Bigger Picture,” “Emotionally Scarred,” “For the Night” and more. The Grammy-nominated songwriter and artist has been one of the most dominant and critically-acclaimed names in rap since his first release in 2017. His 2020 solo album My Turn debuted at #1 on the Billboard 200 chart. Lil Baby was also named to Time Magazine’s 2021 “100 Next” List and earlier this month released a collaborative album The Voice of the Heroes with Lil Durk. Tomorrow, @ASCAP will premiere an exclusive Lil Baby performance of “The Bigger Picture” at 4:00 PM ET/ 1:00 PM PT on @ASCAP YouTube; a link to the premiere will be posted on @ASCAP social media.

Grammy-winning songwriter-producers Timbaland and Swizz Beatz; and rapper and DJ D-Nice will receive ASCAP’s Voice of the Culture Award, presented to ASCAP members who have had a major influence on music and culture. The award celebrates the music legends for their success as creators of Verzuz and Club Quarantine, respectively, two virtual events that became touchstones of empowerment for the community during the pandemic. Immediately following the award presentation today at 12:00 PM ET/9:00 AM PT on @ASCAP YouTube, the trio will participate in a special 2021 ASCAP Experience conversation, Voices of the Culture: How Swizz Beatz, Timbaland & D-Nice United the World Through Music.

The Top Gospel Song goes to Kanye West’s “Follow God,” co-written by Bryant “XCELENCE” Bell and Jahmal “BoogzDaBeast” Gwin. The song, from West’s ninth album Jesus Is King, debuted at #7 on the Billboard Hot 100 chart and has been certified platinum by the RIAA.

The ASCAP Rhythm & Soul Music Awards wrap up on Thursday June 24 with an in memoriam segment celebrating the life and legacy of rapper DMX; an @ASCAPUrban Real Sounds Deconstructed session with jetsonmade; and a tour of the SoSo Def studio led by megaproducer Jermaine Dupri.  Both jetsonmade and Dupri are 2021 ASCAP Rhythm & Soul Music Award winners. D-Nice will close out the festivities with an afterparty, a special edition of Club Quarantine on Instagram Live, on @dnice beginning at 4:00 PM ET/ 1:00 PM PT.

A complete list of winners can be found at: www.ascap.com/rsawards21.