Marley on a roll 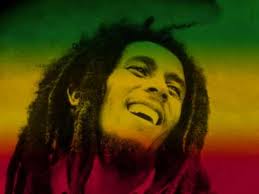 The magazine, known as the Bible of Rock and Roll, recently published the categories.

The Marley compilation Legend, released in 1984, three years after his death, is the highest placed album by a Jamaican artiste in the 500 Greatest Albums.

The album, which contains anthems such as Get Up Stand Up, Redemption Song, Buffalo Soldier and No Woman, No Cry came in at number 46.

Catch A Fire, the 1973 Island Records debut by Marley and the Wailers, took the 126th spot; Exodus was at number 169; while Natty Dread placed 181st. Burnin’, also released in 1973 by Island, rounded out the Marley albums at number 319.

Marley was not the only Jamaican getting the attention of Rolling Stone’s judges.

The Harder They Come, soundtrack of the 1972 movie of the same name starring Jimmy Cliff, is at number 122; while Funky Kingston by Toots and the Maytals came in at number 380.

The top album is the classic Sergeant Pepper’s Lonely Hearts Club Band by The Beatles.

The other Jamaican artistes in this category are Cliff’s Many Rivers To Cross at 325 and The Harder They Come at 350; and Toots and The Maytals’ Pressure Drop at 453.

Bob Dylan’s Like a Rolling Stone took top honours in this listing.

In the Top 100 Greatest Singers, Marley came in at number 19, while Toots Hibbert is at number 71.

For the original report go to http://www.jamaicaobserver.com/entertainment/Marley-on-a-roll_15690052