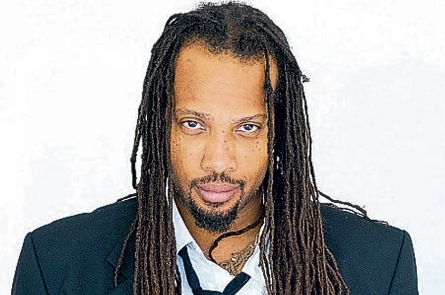 THOUGH he knows persons who have been sent back to Jamaica for illegal activity in other countries, Brian Brown was unaware of the challenges deportees face.

Brown, who has a feature role in the movie Home Again, has released two songs from his album Skitsofreenia called Coming Home (with Toya) and It’s All Music (with Vdezdra).

He said they are inspired by the movie which focuses on three persons deported to Jamaica from Canada, the United States, and the United Kingdom.

Coming Home is produced by Delroy Green and It’s All Music co-produced by Brown and Doneida Simpson.

A past student of Cornwall College, Montego Bay-born Brown stated that he knows several deportees, some of whom have been deported more than once.

“Being a deportee doesn’t mean one has committed a major crime. I am not saying that one should not be punished for his/her crime but imagine a person that migrated as a toddler and is sent back to the country of his birth … a country which is really foreign to him,” he reasoned.

Brown argued that the Government should put in place proper systems for deportees to re-integrate into society.

“How are they supposed to make a living when all they have sometimes is a scandal bag with a suit of clothes. This is like setting up someone to fail. Why does the Government spend all the cash on crime-fighting? Why not spend some on fixing and preventing it?

Home Again was written by Jamaican-born Jennifer Holness and directed by David ‘Sudz’ Sutherland, a Canadian of Jamaican descent.

The low-budget film opened in March but had its Jamaican premiere on Monday at the Carib cinema in Kingston.

Although Brown is a regular on the local television series The Blackburns of Royal Palm Estate, Home Again is his first movie.

He is also into music.

“In these songs I show off my rapping skills but the album will consist of other genres of music as I am a well-rounded entertainer, he said.

While he took voice and speech classes, Brown has no formal training as an actor. He says his experience as a performer contributes significantly to his acting.

“I was the group entertainment manager for Supreme Ventures for a little while so that was really my first introduction to acting. This is my first movie and it being an international production helps to put me on the map as an actor. It can only do good for my résumé,” he said.

For the original report go to http://www.jamaicaobserver.com/entertainment/A-case-for—deportees_15110894