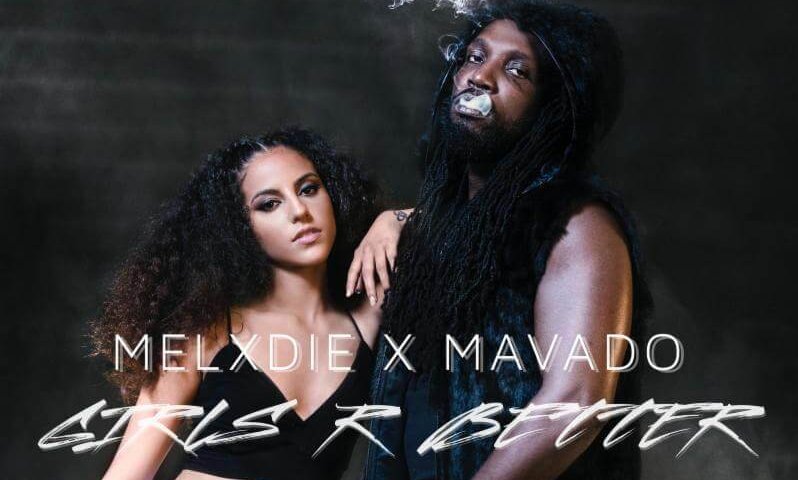 New York, New York. We The Best artist Mavado collaborates with six-based singer MELXDIE to launch a crossover hit “Girls R Better”.
Mavado, also known as “Gully Gaad”, plays the role of a wealthy businessman financing high-profile diamonds from inside an auto repair shop. When the entire operation is in jeopardy, Mavado works alongside MELXDIE to handle the job. The protagonist MELXDIE plays a femme fatale who shows no weakness in the eye of danger. Mavado’s rugged rude-boy style compliments the lead singer’s seemingly-sweet seduction as they are under close watch by informants.
The single “Girls R Better” is a wicked mash up of sugar and spice meets gangster-grit. Mavado collaborates with the Canadian sweetheart for a sensational summer hit. Being half Lebanese, half Peruvian and born and raised in Toronto, MELXDIE’s music encompasses a wide range of cultural influences. As the co-star, Mavado introduces MEL as talent on the rise from Toronto’s The Six. The Reggae-Pop infused single has an urban edge and catchy lyrics perfect for international audiences. “Girls R Better” is now streaming and available for purchase on all digital platforms.