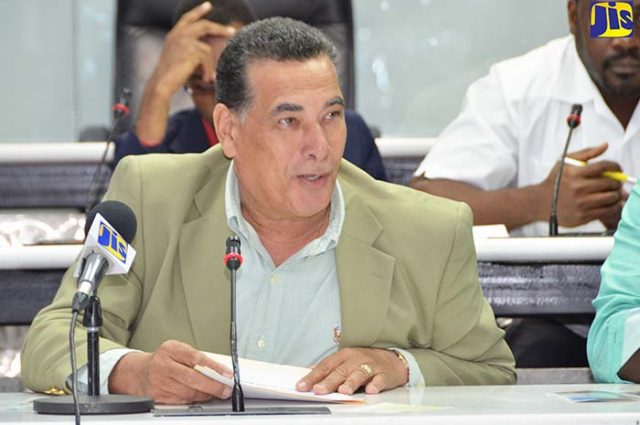 Mayor of Montego Bay, His Worship Homer Davis, says the impact of natural disasters can be mitigated by the level of preparedness carried out by communities.

Addressing a Business Disaster Preparedness Seminar at the St. James Municipal Corporation on March 23, the Mayor said there is no real substitute for adequate preparation.

“Today, disaster comes in many different forms. As we strive to mitigate the challenges we face, we find that preparation is the most critical tool that we possess. And in preparation, it doesn’t necessarily mean that you strengthen the building some more. It also means that your staff is mentally prepared to deal with the problem at hand,” he said.

The Mayor noted that the seminar was not only timely, but also a reminder to all that there is no such thing as too much preparation.

“Sometimes, I don’t think we fully appreciate what needs to be done when there is a disaster. Oftentimes, we might say we won’t get an earthquake, or we won’t get a hurricane, but when they do come, they come with a special layer of challenges that many of us are not prepared for,” he said.

The Mayor pointed out that Montego Bay, as a city, has had its fair share of disasters, warning that unless there is a concerted effort by residents and the business community to play their part in the municipality’s disaster preparedness efforts, then there is nothing to prevent a flooding catastrophe from happening again.

“Montego Bay is not new to disaster, as the business community can readily attest to. Those of us who are young enough to remember will recall June 12, 1989 when Montego Bay was literally under water. Sam Sharpe Square where we now walk was covered by three feet of water and Westgate Shopping Centre was also under three feet of water,” he noted.

“It was just a nice day before the rain started to fall. By six to seven o’clock the entire place was inundated with water,” the Mayor added.

He said there is no area across the length and breadth of Jamaica that is immune to disaster, making it even more critical for public forums and seminars to inform the populace on the need for preparation.