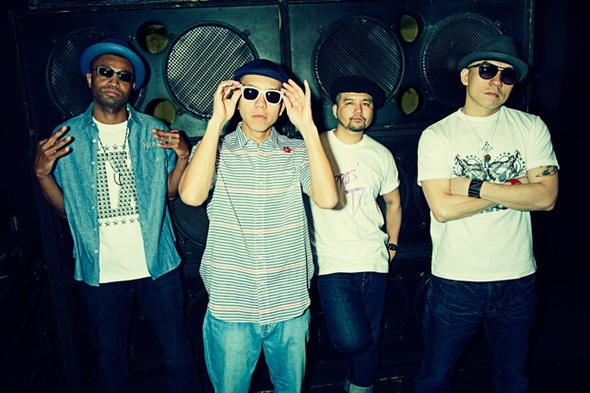 Mighty Crown will culminate their internationally acclaimed “Driving Force Tour” with several performances and a media blitz in Jamaica, one of their favourite places in the world! As it has been more than seven years since Mighty Crown has officially touredthe Island, the sound is thrilled over their return and anticipates connecting with their loyal fans.

“The Far East Rulers” are truly one of only two overseas sounds that Jamaica has embraced wholeheartedly (the other being David Rodigan). Whenever Mighty Crown touches down in Jamaica, they concentrate on performing in the rural “country” areas, as this is where their popularity on the island emanated. Mighty Crown boasts multiple World Clash titles, two which were won in Jamaica, a reflection of the sound’s huge local fanbase.

Mighty Crown’s “Driving Force Tour” kicked off in March 2013. This monstrous effort on behalf of a sound system spanned over 60 cities and 3 continents. In 2013, thousands of people throughout the world engaged in the Mighty Crown experience. What better a way to pay homage to Jamaica’s namesake Reggae & Dancehall than to close out the successful tour in “Yard.”

For the original report go to http://urbanislandz.com/2013/12/10/mighty-crown-takes-their-driving-force-tour-to-jamaica-this-christmas/