Monty goes back into history 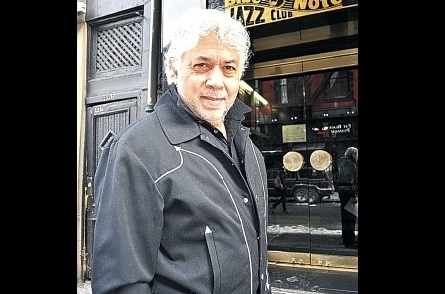 ‘A History Of Reggae’ is scheduled to open January 25 and features Alexander and longtime friend/collaborator, guitarist Ernie Ranglin, and current roots-reggae sensation Chronixx.

“This show will be one of the most incredible that I have ever been a part of,” said Alexander. “It will truly be called a musical presentation of the history of reggae and Jamaican music!”

The Kingston-born Alexander began his career in the early 1960s as a session musician with pioneer producers such as Clement Dodd.

Moving to the United States late that decade, he gradually established himself as a jazz player, working with greats, including singers Frank Sinatra and Tony Bennett and be-bop legend Dizzy Gillespie.

In the last 15 years, Alexander has reconnected with his roots, recording a handful of Bob Marley tribute albums, as well as working with Ranglin and Sly and Robbie on well-received jazz-reggae albums.

Guests for the traditional jazz shows include vocalist Caterina Zapponi & the Pizzarellis on guitars and bass and John Clayton and Jeff Hamilton January 22-24th.

For the original report go to http://www.jamaicaobserver.com/Entertainment/Monty-goes-back-into-history_15708912