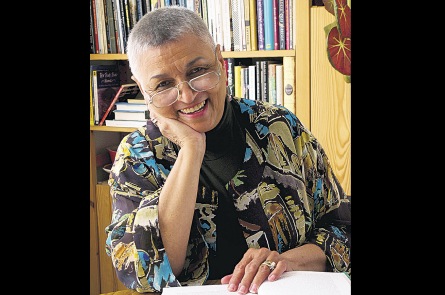 DR Pamela Mordecai, author/writer, is among this year’s Musgrave Medals recipients. She was awarded a bronze insignia for her distinguished contribution to literature.

Due to work commitments, the Canada-based Mordecai was, however, unable to attend the ceremony held recently at the Institute of Jamaica in downtown Kingston.

Speaking with the Sunday Observer, the 71-year-old said she was pleased to be recognised.

“It’s always satisfying to be recognised,” she said. “But as I said on my Facebook page, I’d have preferred to get a [Marcus] Garvey Medal, or a [Bob] Marley Medal, or a [Robert] Verity Medal. By now, 50 years into Jamaica’s Independence, Musgrave Medals ought to have had their day.”

The Musgrave Award is one of the oldest awards of its kind in the Western Hemisphere. Awarded for the first time in 1897, the Musgrave Medal was introduced as a memorial to Sir Anthony Musgrave, who in his tenure as governor of Jamaica founded the Institute of Jamaica in 1879.

Mordecai, who lists Hon Louise Bennett-Coverley as her influence and grew up reading and reciting poetry, said she is working on a myriad of projects which all have the Caribbean and children at heart.

“Right now, I am doing final work on a book of 100 Caribbean poems for children. Also, I’ve just received an Ontario Arts Council Grant for work on de book of Mary, a companion piece to de man: a performance poem, which is a long poem in Jamaican Creole about the crucifixion of Jesus that was published by Sister Vision Press as long ago as 1995. I’m also trying to complete a novel called The Tear Well that I’ve been working on for a while,” she told the Observer.

In explaining her writing style, she said she is inspired by Jamaica Creole.

“I often use Jamaican Creole when I write, whatever I write, and regardless of my likely audience. Indeed, I often credit any good in what I write to Jamaican Creole, for it truly inspires me. I hear the voices of Creole speakers, those voices create characters, and eventually I arrive at a poem or story,” she said.

Born in Kingston and a past student of the Convent of Mercy Academy (Alpha Academy), she migrated to Canada in 1993.

When not writing, Mordecai said she reads a lot, enjoys drawing and painting, when she can manage it.

“I’m presently trying to complete illustrations for a collection of children’s poems called Angus Miller’s Animals, which is, at the minute, with a Canadian publisher. Illustrating is a challenge, because I’ve never done it before. I like gardening too and have enjoyed putting in a garden at the house we moved into two years ago. I also take an interest in architecture, which I would have liked to study, and I ‘follow’ real estate, locally and to a lesser extent, internationally. And I’ve in recent years tried to make up lyrics for some of my poems, though I do that very gingerly, since I have no musical training,” she said.

For the original report go to http://www.jamaicaobserver.com/entertainment/Mordecai-true-to-her-Caribbean-roots_15325882#disqus_thread