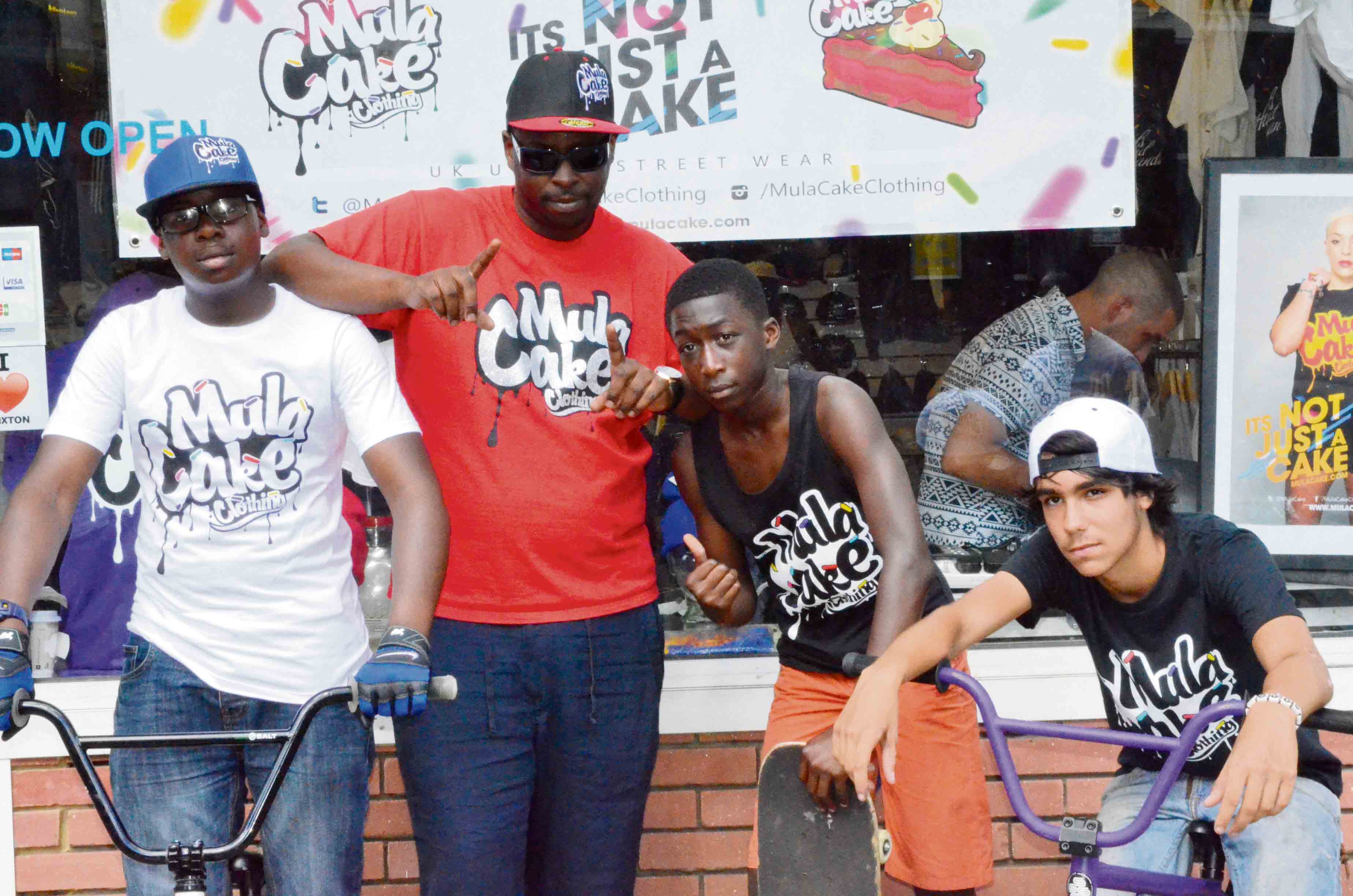 Mula Cake, or for the less street savvy, ‘Money Cake’, is the brainchild of Dexter Symms, who started the clothing company in 2010. Fast forward to 2013 and the label is now ready to cooperate with major distributors like JD Sports, offering an affordable yet fashionable brand that is easily accessible on the high streets.

With a strong team behind him, Dexter even has global aspirations since, according to him “money and cake represent two things that make a lot of people happy everywhere in the world. Can I see the brand everywhere? Most definitely. I would even consider designing an astronaut suit so that they can wear it in space.”

Although Mula Cake is reaching to the stars, Dexter is quite down to earth and does not look for celebrities to endorse his brand. “I prefer to get Mula Cake to anybody who is inspirational and thinks about young people. Anybody who is in the position to positively influence the community because they represent what we represent: working to better the community and inspire future generations.

I always wanted to run my own business and at the same time inspire young people to know that you can aspire to be somebody. Last September we started two workshops, one for the older and one for the younger generations, offering T-shirt design workshops. We hold our workshops in universities, schools and in playgrounds to inspire young people to utilise their creative potential and build upon it.”