Tiyarro Ft. Kallem London – How We Do It 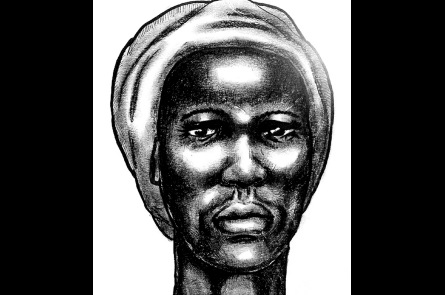 SINCE confirming his Maroon roots, Hollywood stuntman/ film-maker Roy T Anderson has been on a quest to highlight and preserve this aspect of Jamaican history.

The New Jersey-based Anderson was in Jamaica last week scouting locations and conducting preliminary interviews for a documentary entitled Nanny Queen of the Maroons. He expects to commence filming by the middle of next year.

Maroons were enslaved Africans who fought for 80 years to win their freedom from the British Army.

Anderson said he will be seeking to make contact with local authorities in order to secure the much-needed financing for his project.

“I will be using the next few months to attract funding for the documentary. I am set to speak to the relevant persons here in Jamaica. I have already had discussions with UNESCO (The United Nations Educational, Scientific and Cultural Organisation) and they seem interested,” he told the Sunday Observer.

“During the past few days, I have been looking at locations in the Rio

Grande Valley in Portland as well as interviewing Colonel Harris of the Maroons,” he continued.

For Anderson, his major objective is to debunk some of the myths surrounding the legendary heroine who led a band of enslaved Africans in the rugged and remote interiors of Jamaica in

their victory over the mighty British army during the early to mid-18th century.

“I first want to show that Nanny was a living, breathing human being, first and foremost… a lot of the books which have been written in the past have shrouded

her in mystery, and for such

a significant figure in the resistance movement. I want to give her, her due, and I feel this documentary is the best way to lift the legend from the text.”

When filming commences, Anderson said one of the highlights will be a three-day trek to the rugged hills of Old Nanny Town in the Blue Mountains. He explained that, according to legend, only the bravest Maroons or those free of bad deeds can safely venture up to this sacred spot where Nanny’s powerful spirit still inhabits.

“A number of Maroons still believe that the spirit of Nanny still dwells among them. They draw power and strength from her spirit and it is interesting how this is seen in present-day society.”

He also hopes that when completed, the documentary will be seen as a narrative for women’s studies.

“Nanny is seen as such an iconic figure representing strong, black Jamaican women, and this will also be brought out in the work.”

Anderson will also journey to Ghana in Africa to examine the link between the Maroons and the Motherland, and plans to conduct interviews with scholars in the United States, Jamaica, and the United Kingdom to complete the documentary.

“The story of Nanny is a fascinating story of resistance which must be told. I am also looking to develop projects looking at similar peoples in Central and South America,” he said.

Earlier this year, he released Akwantu: The Journey, which re-traced his own Maroon heritage from the hills of St Elizabeth to the African continent.

For the original report go to http://www.jamaicaobserver.com/entertainment/Nanny-to-take-centre-stage_15325595