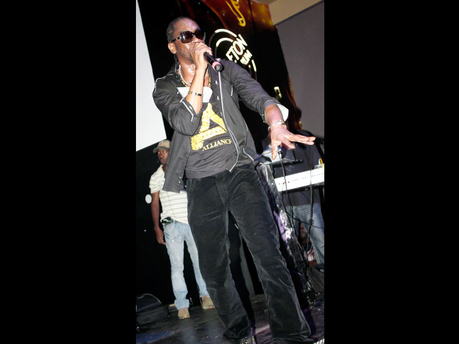 As the iconic movie The Harder They Come celebrates its 40th anniversary, the movie which inspired countless reggae music love-ins on college campuses and among Jamaicans around the world can add a dancehall rhythm to its list of tributes, as One Jam Music releases the teaser to their latest production, the Harder than Hard album slated for release in early 2014.

Harder than Hard is the brainchild and labour of love of One Jam Music, a boutique reggae music label. The project was inspired by the classic 1972 Jimmy Cliff film written and directed by Perry Henzell and co-written by Trevor D. Rhone. Considered a cult classic, The Harder They Come was the first film made in Jamaica shortly after independence, one of the most successful independent films of all time and “the soundtrack album has joined Marley’s catalogue as reggae’s cornerstones” (SF Chronicle).

Continuing the firsts, Harder than Hard will be the first riddim-driven album that will use samples and themes from one movie as the basis for all the songs on the compilation. The album, slated for release in early 2014, will feature a star-studded cast of established and rising dancehall and reggae artistes and will lead off with the single, Harder, from Grammy-nominated international star, Bounty Killer.

On the eve of Sting 2013, dubbed The Greatest One-Night Reggae/Dancehall Show on Earth, the dancehall world has been eagerly awaiting a response from Bounty Killer to challenges and insults hurled at him in recent months from Mr Vegas, Anthony B, and most recently, Mavado. The Warlord has finally responded, and it is with devastating impact. The musical responseHarder, which conjures up memories of a favourite dancehall era when lyrical battles were en vogue and reached their high point at Sting, draws dialogue samples from The Harder They Come, and in true Killer style, delivers a verbal lashing to his challengers.

While the single for Harder will be available on all major digital outlets served by digital giants, 21st Hapilos Digital, the 40-year legacy and enduring potency of The Harder They Come is being celebrated by the film’s owners, International Films Limited (IFM), and their distribution partners. IFM, Syndctd Entertainment and Xenon Pictures will digitally release the film on iTunes and through VHX in late December. A blu-ray is set for Spring 2014 and various theatrical screenings and live-music reggae parties will roll out through 2014 on college campuses, with the support Jamaican diaspora groups and rootsreggae groups in Boston, Brooklyn, Toronto and all over the globe.

For the original report go to http://jamaica-gleaner.com/gleaner/20131216/ent/ent6.html