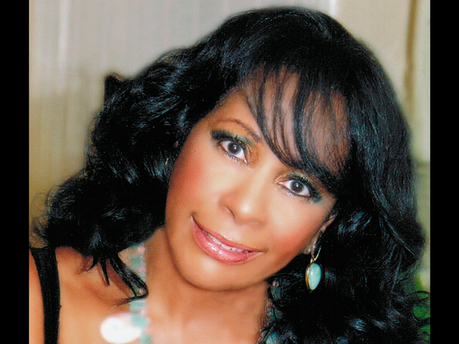 Much has already been said about the nature and impact of dancehallmusic, which has its roots in reggae. The debate for and against the popular genre is robust. One side blames and condemns it for many of the socials ills in the country, and the messages of violence, misogyny and homophobia that it conveys.

The other side claims it is the voice of the people, a medium through which they express their feelings and echo what is happening in the society. So is dancehall influencing certain behaviour and mindsets regarded as unwholesome, or is it just a mirror, reflecting the attitudes and deeds engendered by other social, religious, political and psychosexual dynamics?

The discussion continues on Thursday, when Losing Paradise and Music, a Claudja Barry film, will be screened at the Edna Manley College of the Visual and Performing Arts between 1:15 and 3:15 p.m. as one of the offerings at the three-day Rex Nettleford Conference.

Screening will be in the visual arts room and admission is free.

In 45 minutes, Barry looks at the impact of dancehall music on the younger generation of Jamaicans.

“The language of dancehall and the attitude of its performers too often send a negative voice to the Jamaican youths and to the rest of the world … . Many believe Jamaica has started to encourage a culture of violence, and sending this message through its music can only hurt the cause to restore its image to the positive, vital and dynamic form that elevates the mind and soothes the troubled soul,” Barry told The Gleaner.

In an interview earlier this year Barry told News Blaze writer Garrett Godwin, “Today it seems that the artistes are dictating to their fans what social behaviour should be. The music is not commenting on what is happening in society, artistes are directing the show and the fans are following. In many cases, it seems that violence, the gun culture, disrespect for women, homophobia, moral and sexual breakdown are coming directly from the artistes who expound such behaviour in their music and lyrics. That is coming from their personal preferences.”

This breakdown of which she speaks is the essence of her film. We are losing the paradisiacal nature of Jamaica and dancehall music has a part to play in this loss.

“It’s the Jamaica known for its friendly people, breathtaking landscape, exquisite beaches, delicious food and upbeat reggae music that has boosted tourism for many years; but lately, Jamaica’s image has taken a hit … . It’s time to look back at Jamaica’s rich heritage, understand it, celebrate it, sing, dance and call for the rest of the world to join in. It’s time for artistes to take responsibility,” says the woman who is a recording and performing artiste herself.

Barry was born in Jamaica, but moved to Canada when she was seven. She evolved into a stage and screen actress, and was briefly part of the chart-topping group Boney M. This was from 1975-76. Since then, she has had a long solo career, which includes two Billboard Hot 100 solo hits, Dancin’ Fever and Boogie Woogie Dancin’ Shoes.

These were immensely popular in Canada and Europe. Losing Paradise and Music is her first film, which she directed and produced.

“Through an absorbing collage of interviews and music videos featuring some of the most knowledgeable minds and voices in Jamaican music (including musicians, educators and social activists), this documentary pulls no punches in displaying a vibrant kaleidoscope of art and culture as it truly exists, to cut to the heart of this crucial matter,” she told The Gleaner.

It is not her intention, she said, to disrespect or put dancehall artistes down.

For the original report go to http://jamaica-gleaner.com/gleaner/20131016/ent/ent1.html