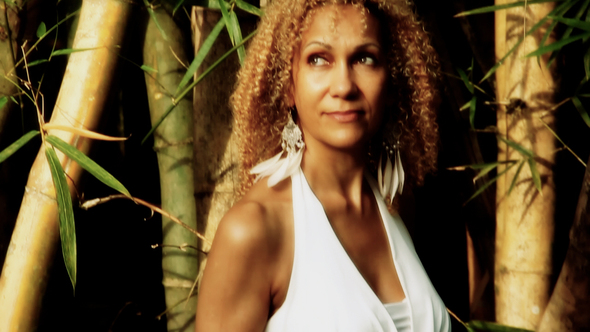 Legendary Reggae diva JC Lodge, best known for ‘Someone Loves You Honey’ and ‘Telephone Love’, plus a number of other hit singles and 13 albums, literally takes a dip back into the mainstream of Reggae music with a fresh track and video that celebrates rebooting your spirit.

Since her relocation to London from Jamaica in late 2001, JC hasn’t been as prolific internationally as in previous days, but she has continued to record and perform, mostly for the British market. With 2 major albums for former dominant UK production house Jetstar, ‘Reggae Country’ and ‘Reggae Country 2’, plus a string of singles for various UK based producers the sultry songstress has maintained the quality that she was noted for in the days of her work with Joe Gibbs and Gussie Clarke’s Music Works, as well as New York based Rap/R&B label, Tommy Boy and Washington DC imprint, RAS Records.

Now, with the release of ‘Hit The Refresh’ on Tippa Irie’s Lockdown Productions brand new ‘Sweet Flava’ riddim, a recharged JC Lodge reaffirms her claim to being one of the foremost female voices in Reggae. The song and the accompanying video underline a belief in the value of stepping away from the high-tempo stress of everyday life to return to the simple and natural core of the individual and of relationships. Though primarily a love song, the lyric appeals to a wider audience with its emphasis on revitalising and re-energising, a process that JC herself is now embarking on in her continuing musical career. The song and the video are intended as a simple reintroduction to what promises to be another high profile phase of her musical journey.