RIHANNA Get A New Cross Tattoo On Her Arm [PHOTO] 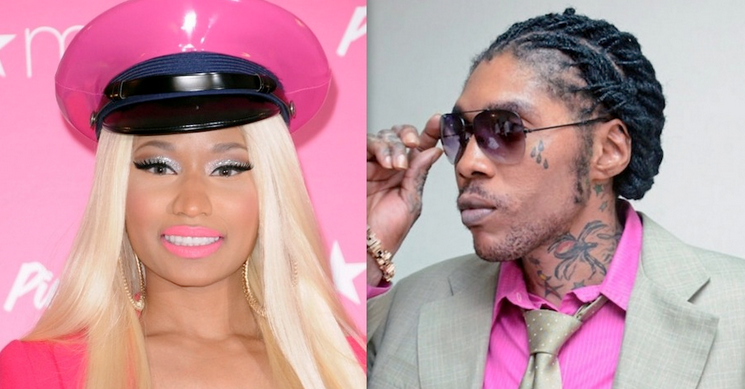 Nicki Minaj could be adding some dancehall flavor to her new album, due later this year.

Late last year Nicki Minaj said she will be going back to her rap roots for her new albumthat she is in the studio working on now.

A close source to the Young Money rapstress told Urban Islandz that she will include some dancehall on the album and is particularly looking to collaborate with incarcerateddancehall star Vybz Kartel.

“We don’t know yet if the collaboration will come through yet because Kartel is in jail and all but his management team gave Nicki Minaj some previously recorded material to listen to, so hopeful a major hit will come out of the effort,” the source disclosed.

Nicki Minaj has not yet released a title or release date for her upcoming album, but fans can look for it later this year.

Vybz Kartel is currently on trial for murder. His case could be wrapped up in the coming weeks.

For the original report go to http://urbanislandz.com/2014/01/10/nicki-minaj-new-album-to-feature-vybz-kartel-exclusive/