Spragga Benz To Give Inmates “Second Chance” in Prison

Spragga Benz To Give Inmates "Second Chance" in Prison

June 14, 2022 | By Supa Pea |  After twenty years on the run as Shottas,  international dancehall act, Spragga Benz, is willing to  give inmates in  the island’s penal institutions  a Second Chance. 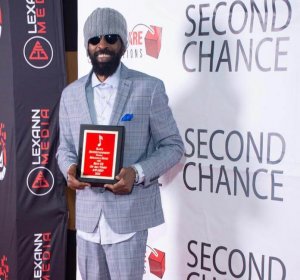 Spragga Benz Second Chance is the name of the movie which has secured a standing ovation at its first premier at the Savoy Cinema in Fort Lauderdale Florida, on February, 17, 2022.

The deejay plays the lead role David King, an educated Rastafarian searching for a white collar job in Corporate U.S. Frustrated by his experiences with race discrimination, he decided to join a number of his friends known for lawlessness.  However, at the brink of destruction, the deejay, realizing there is more to life, decides to turn over a new leaf. This move has not only given the deejay, but others, a second chance in life.

According to Spragga Benz, who is so far elated with the response of movie goers,

“Having this movie in the prisons across Jamaica, and elsewhere, would be great. Firstly, inmates would not have been  able to go out and enjoy it.  Secondly, it is the lesson they would have learnt from this movie.”

“Even though they are incarcerated there is the feeling, probably, that some of them could get valuable lessons from the movie. Thirdly, the movie, which is also entertaining, could assist with rehabilitation,” the deejay added.

Akeem Miller, also known as “Bumpy RedSquare”  plays GQ – a promoter  in the movie, agrees that it will play a big role in the rehabilitative process in the lives of inmates.

“Basically, the theme of the movie is going from the wrong path and suddenly realizing I can make things right with a second chance.”

Plans are underway to have Second Chance in cinemas in Jamaica.