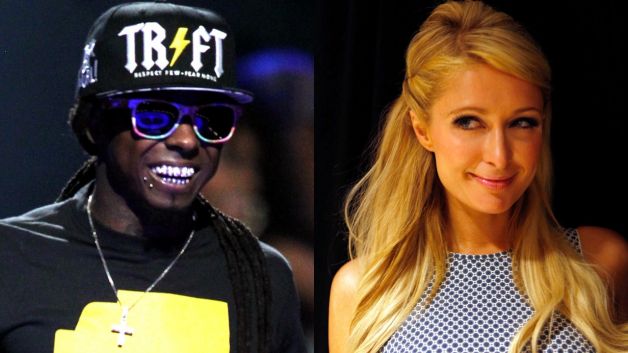 In the clip, now removed from YouTube, the hotel heiress puts her luxurious lifestyle on display, donning an array of bathing suits, glittery concoctions, and a YMCMB snapback. The setting is suitable given her lyrics, “Are you having a good time/ ‘Cause I’m having a good time/ I might be a bit tipsy/ but that’s OK ’cause you’re with me.”

While Hilton croons about being intoxicated around her crush, Weezy’s verse is a full-on ode to inebriated sex. “I’m f—ed up/ I can’t tell you what’s what,” he raps. “All she know is s—, f—/ I walked up to a big butt, and asked her a– but what?/ Tunechi never slacks without her button up.”

Speaking to MTV’s RapFix Live alongside Birdman, the former reality star — whose first album dropped in 2006 — broke down her passion for creating. “I’ve always loved music since I was a little girl,” she said. “I played the piano, and violin, I was always in chorus singing … so it just [has] always been a huge passion of mine.”

Hilton signed to Cash Money earlier in the year, which wasn’t as odd as the public may think, according to Birdman. “We hustlers, we love money,” he said of the things they have in common. “She already great … and we music, and when we put that combination together it’s something special. We turn something good into something great.”

Hilton is currently working on a full-length effort. “Good Times” will be available on iTunes Oct. 8.

For the original report go to http://www.bet.com/news/music/2013/10/02/paris-hilton-teams-with-lil-wayne-for-good-times-single.html