Khalilah Rose on the cover of UK magazine

Pusha T Working With The Neptunes on Sophomore Album 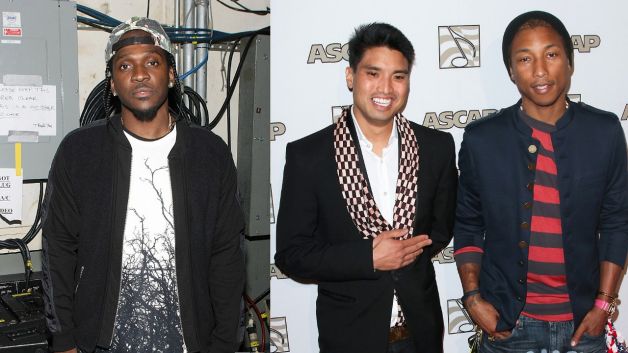 Pusha T‘s next album will feature production from his Neptunes fam — Pharrell Williams and Chad Hugo — the Virginia MC announced in an interview moderated by Miss Info Tuesday (Dec. 17).

Even though his My Name is My Name debut has only been out for a couple of months, Pusha is ready to move forward. “I’m not relying on anything else but my fans, my family, that’s it,” he told Miss Info and a crowd of fans at New York City’s SoHo Apple Store. “I don’t know when I’m dropping the next one but I can tell everybody, January 2, me, Pharrell and Chad are going in the studio for 20 days.”

Working with The Neptunes will “start off” his King Push album, the 36-year-old said without revealing any other collaborations.

In addition to continuing his music hustle, the Virginia native flexed his philanthropic muscle back in his home state last weekend. Pusha helped Norfolk-based charity, A Thousand Shoes for A Thousand Smiles, reach its goal of outfitting 1,000 needy children with brand new sneakers just in time for the Christmas holiday.

The G.O.O.D. Music rapper was approached for help by organization founder Lizetta McKesson in a restaurant and immediately got to work on the challenge. He contacted Adidas to donate the shoes and the company also sponsored the event alongside Idea Village, Flud Watches and Pac Sun. “I feel blessed to be able to come back to my community and help 1000 Shoes for 1000 Smiles reach its goal of donating 1000 shoes,” Pusha said in a statement. “This is the first time in the organization’s history that this goal was met and I am so grateful to be a part of it.”

For the original report go to http://www.bet.com/news/music/2013/12/18/pusha-t-working-with-the-neptunes-on-sophomore-album.html