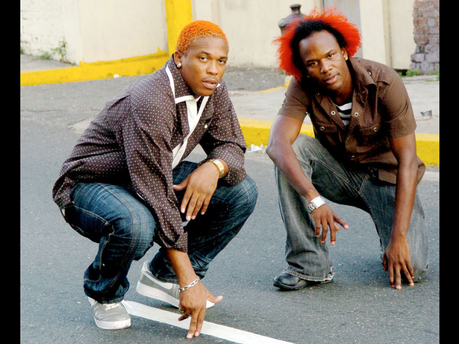 Dancehall duo, RDX, will be heading to London on November 17 for their first-ever musical performance anywhere in the UK.

Since their explosion on the scene with Bend Over, they followed withDance, Everybody Dance, Daggering summer party anthem Summer Slap Weh and Jump, among others.

RDX will be performing at The Coronet, Elephant and Castle London, at 6 p.m.

The event, dubbed RDX London Invasion Concert by the promoters, will also feature a twerking performance from Sultry Simone. There will also be an extensive line-up of top Caribbean dancers, selectors and DJs performing alongside RDX on stage.

RDX is now concluding final arrangements for their Bangerz European Tour, which is expected to start in November, along with the slated release of theirRide It music video.

For the original report go to http://jamaica-gleaner.com/gleaner/20131029/ent/ent4.html