Nicki Minaj – I Don’t Give A (Official Video) 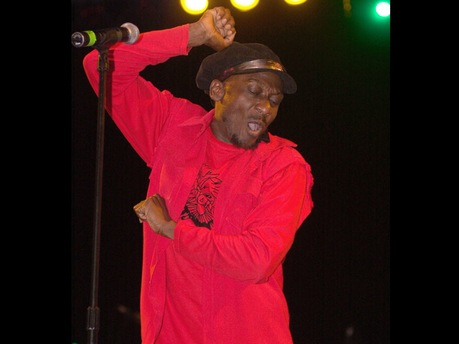 Jimmy Cliff describes Henzell’s approach to directing as one in which the actor was deeply involved.

“Perry, when him shooting the scene, him never seh, ‘I would like you to do this’. Him seh, ‘How would you do that, Jimmy?’,” Cliff said.

“That was very intelligent to try to get out of me the reality. That is why that movie came off so real.

“That is what he wanted. He said, ‘I don’t want any actors’. Because actors going to come in with the methods that they learn. So he just wanted real people who he could say ‘do your thing’.

“That is why the movie came off so real. For everybody was real, for real,” Cliff said.

Although much is said of Henzell, Cliff did meet the script’s co-author. “I was introduced to Trevor Rhone maybe the first or second week of shooting,” Cliff said. It was then that he knew Rhone was part of writing the script.

He names other persons involved in The Harder They Come, among them Yvonne Jones, who was “really quite helpful to me. She said to me, ‘Your character, you know, is really a killer’. And the way she tell me now, and kind of dramatise it to me, it really helped me.”

There was also Franklyn ‘Chappie’ St Juste. “When we were doing the scene, the cut-up scene (in which Rhygin repeatedly slashes the face of a man who laid claim to a bicycle he had fixed up), Chappie helped me a lot – how to play to the camera with my hands and my eyes. I have not forgotten those things and the people who helped me along.”

The Gleaner asked Cliff what his least favourite scene in The Harder They Come was. He replied: “I don’t know if it was the least favourite scene for me, but one of the scenes that was the hardest for me to do – I remember I had to do it over and over and over – it was the scene where my girlfriend said, ‘Ivan, I hear you kill a policeman’. And I am supposed to say ‘You think is one I kill? I drop three.’ It was difficult for me to take on the persona of a killer – just become a raw killer. I had to really get inside myself to be a wicked killer like that.”

Among his favourite scenes is the one when he is recording in studio. “I was really feeling it. I was in one spirit there. It was very real, coming from me. That was not so much acting,” he said.

In terms of acting, though, Cliff revelled in the moment when he asked Pablo (played by Ras Daniel Heartman) if the people had stopped calling his (Rhygin’s) name.

Pablo replied that they were defending him, so they would not stop calling his name, but Rhygin could escape to Cuba. This appealed to Rhygin, who said, “Yeah. Revolutionary to …”

Cliff laughed as he said, “I like the idea of being a revolutionary” – in real life, of course. “That was really good acting from me,” Cliff said.

He can actually ride a motor-cycle (“although it throw me away couple time”), and Cliff said he can swim very well – as he had to do coming to the end of The Harder They Come when he just missed a rope thrown from a ship. If he had caught it, he would have been safely away from Jamaica.

“That one was a dangerous scene,” Cliff said. And not just because he was out in deep water but, as Cliff later found out, sharks follow ships for the food that is thrown overboard. “I did not know that,” he said, laughing merrily.

After being taken out to sea in a boat, which then went out of the shot, Cliff waited on the ship as had been arranged. It was a one-shot opportunity, Cliff said, as it was actually a ship which was on its regular route.

The Gleaner asked Cliff if he could have reached the rope and, quietly, Cliff replied, “I could have, but I was meant to miss it.”

For the original report go to http://jamaica-gleaner.com/gleaner/20130910/ent/ent1.html