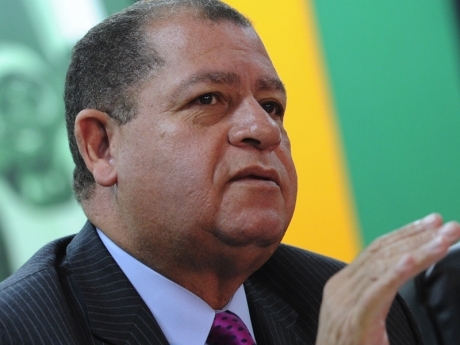 Opposition Spokesman on Finance, Audlew Shaw, says the Jamaica Labour Party (JLP) is staunchly opposed to Tuesday’s amendment to the Special Economic Zones Act in Parliament, which sees priority in accessing employment being stripped from Jamaican only and being given to all CARICOM nationals. Mr. Shaw says the move is a slap in the face of Jamaicans desperately in need of job opportunities with overall unemployment at 13.1% and youth unemployment at 34%, on top of the severe levels of underemployment among a large group of Jamaicans who settle for jobs well below those for which they are suitably qualified.

Mr. Shaw opined: “This is a most bizarre and inexplicable move on the part of the Government. At a time when Jamaicans are being subjected to increased economic hardships and many of them unable to find work, it is unacceptable and downright ridiculous for the Government to have moved in a direction to place CARICOM nationals on equal footing with Jamaican nationals, where priority access to employment is concerned. The public must take special note of this dastardly move on the part of the PNP Government, and ask them whether they are governing the country in the interest of Jamaicans or in the interest of others.”

Mr. Shaw said: “The Opposition takes no comfort in the justification provided by Industry, Investment and Commerce Minister, Anthony Hylton, that the amendment was being made to satisfy requirements under the revised Treaty of Chaguaramas. Prior to the amendment, Clause 34 of the Special Economic Zones Act placed an obligation on employers to offer jobs to Jamaican nationals before nationals of any other country, as long as those Jamaican workers satisfy the skills and competence requirements to access the jobs in question. Minister Hylton amended that original provision such that priority is now to be given to all CARICOM nationals instead of Jamaican nationals only. I have looked at the revised Treaty of Chaguaramas myself, and I have consulted with several competent persons whose considered opinion is that the Treaty does not require any such blanket opening up of our borders to nationals of CARICOM member states.”

“Stating that Jamaicans must be given priority for job opportunities in their own country is neither discriminatory nor in violation of the revised Treaty of Chaguaramas”, Shaw added. He says the move betrays yet again, the People’s National Party’s (PNP) failure to govern in the interest of Jamaicans and put the country first in everything it does.

The Opposition Spokesman said: “The revised Treaty of Chaguaramas sets out a specific regime for several categories of workers, who, once certified, can apply for work in CARICOM member states without the need to apply for a work permit. It is a right to apply and seek employment, not a guarantee of employment or an entitlement to employment. The justification provided by the minister represents a gross misinterpretation of the Treaty and should not be allowed to stand, because the primary purpose of the special economic zones and the incentives provided within these zones, is the provision of jobs for Jamaicans and the generation of increased economic activity.”