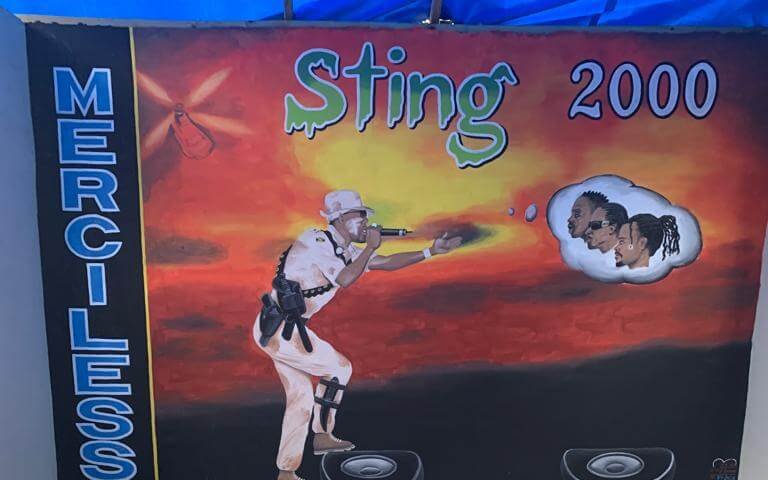 International dancehall act, Spragga Benz flew in from his North Carolina US based home to be at the funeral service of deejay Merciless, held at the St. Gabriel’s Anglican Church Hall, Church Street, Clarendon Saturday September 17th 2022.

Before hundreds of mourners, the deejay’s acapella tribute titled, “Sleep With Angels” was a soul stirring one which will be long remembered.

“I say may your spirit rest in eternal peace

And I hope one day we will all meet

But, sleep with angels

And may your every dream come through.

Until my little heart stop beat

There will always be a space for you.”

In an interview with Vision Caribbean TV, Spragga Benz says he couldn’t have missed the funeral.

“Merciless and I have been friends for almost three decades. I never had a bad day with Merciless. When his wife passed away, I was there for him and when my son, Carlyle passed,  he was there for me.

“If, on any day I had a problem and wanted help, Merciless could be counted as one to offer some help.

‘I first met Merciless at Arrows Recording studio. He was there to voice a dub-plate and that was about 1994. Throughout the years, there has not been a dull moment with the deejay.”

Spragga Benz explains that one unforgettable experience was when Merciless almost missed performing at a show abroad. “We were looking for Merciless, just about everywhere. We called his telephone several times. There were no answers.  We ķept knocking his room door. Again, there was no response.

“Then, the only thing left for us to do was to break open the door. Someone suggested, let’s borrow a spare key to his room and Merciless was found wrapped tightly in sheets. To add humor, Merciless began blaming us for not calling him.”

The deejay took on three the hard way, Bounty Killer, Beenie Man and Ninjaman at the historic Sting show in 2000.

“I was ready to join the clash, but Merciless could defend himself and walked away in victory style.”

Merciless, born Leonard Bartley was found dead at a guest house along Walkers Avenue off Beechwood Avenue, St Andrew on July 19, 2022. He was 51 years old.

The Clarendon-born deejay’s break in music came when he released “Len Out Mi Mercy” a single which went number 1 local and international charts. He followed with a string of hits, including “Mama Cooking,” “Ole Gallis,” “Mavis” and “Whaddup.”