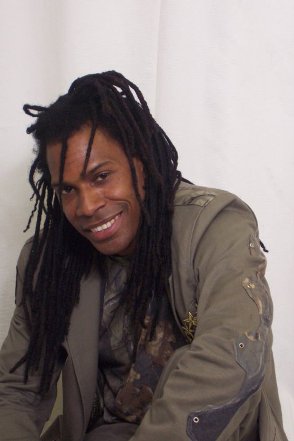 KINGSTON, Jamaica — Canada-based reggae singer Steele has chalked up yet another award – this time it’s for Top Male Reggae Performer for 2012-2013 courtesy of the Uprising Music Entertainment Production’s Youth in Progress Talent Awards, an organisation in Canada.

The award ceremony took place on September 22 and for Steele, who is presently promoting his latest music video She Believes in Me, it’s a good feeling to be acknowledged.

“I’m always grateful for the love and support I receive and never do I take it for granted. Once again I thank the fans and all media for sticking with me on my journey,” he said of the award.

A multiple winner in the Canadian Reggae Music Awards, Steele says he is one day looking towards copping the “biggie”, the Grammy award.

The single She Believes in Me has been receiving a lot of positive responses, spurring Steele to “bring it to life” with the music video.

“I truly wanted this video to be simple yet effective, making sure to incorporate some true aspects of my musical journey, while telling the story within the song,” he said.

The Rusea’s High School past student says he intends to maintain his foundation in Canada, but also has his sight set on Europe and other parts of the world.

Hailing from Lucea, Hanover in Jamaica, Steele’s inspiration comes from his parents who sang on the church choir, where he too began singing at the age of 10.

For the original report go to http://www.jamaicaobserver.com/entertainment/Steele-cops-Canada-s-Top-Male-Reggae-Performer-award