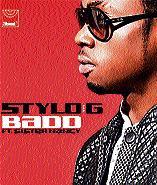 The 28-year-old, who hit the UK pop charts a few months ago with the hit single Soundbwoy, has earned three nominations in the 11th annual Urban Music Awards.

His video for Soundbwoy is nominated in the Best Music Video category and will go up against clips from Jason DeRulo, Wretch 32, Tinie Tempah, Naughy Boy, and Fuse ODG.

He also picked up a nod, along with 11 other acts, in the Best Male Artiste category. Pop singer Ed Sheeran is among the nominees in that category.

The Urban Music Awards will be handed out on November 22 in London.

Stylo G is up for two awards in this weekend’s MOBO (Music of Black Origin) Awards. He is nominated in the Best Reggae Act category alongside Mavado, Popcaan, Sean Paul, and Tarrus Riley.

In the Best Newcomer category, he is among 10 acts listed, including Shakka, Sam Smith, Fuse ODG, and Etta Bond.

Stylo G is without a doubt the hottest reggae act in the UK at present. His latest single is Bad, which features veteran dancehall deejay Sister Nancy.

For the original report go to http://jamaica-star.com/thestar/20131015/ent/ent4.html