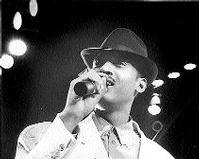 Sting is doing it big this year!

‘The Greatest One Night Reggae/Dancehall Show On Earth’ is celebrating its 30th anniversary this year and, as such, the promoters have promised a major treat for patrons.

The organizers of Sting have promised to give patrons a spectacular event. They are negotiating with a number of high profile-entertainers.

According to Joe Bogdanovich, this year’s staging of Sting will be a major undertaking.

“After this staging, Sting will never be the same again. My partners and I are moving the show in a new direction.

“Sting 30 will be a wonderful celebration that will mark the 30th anniversary of one of Jamaica’s best events. This is going to be huge, the production will be top class. This event will be televised worldwide and it will feature the very best possible line-up of artistes as we intend to make it one great big party to remember. It will be a very significant event.”

Since its first staging in 1984, Sting has grown to become one of the most prestigious dancehall-reggae concerts in the English-speaking Caribbean.

Sting was created by popular music industry personality/promoter, Isaiah Laing, CEO of Supreme Promotions. has overcome a number of challenges over the last two decades and has earned quite a reputation among dancehall fans worldwide.

Sting has been home of some of the most memorable clashes in dancehall’s musical history. There was Ninja Man vs Shabba Ranks in 1990 and Vybz Kartel vs Mavado in 2008.

In 2012, Supreme promotions partnered with music-business impresario Joe Bogdanovich, CEO of Downsound Records, to take Sting into a new direction.

This partnership resulted in the execution of one of the best stagings in the history of the show.

The line-up for 2012, which highlighted the return of Busy Signal to the local stage and the overall production of the event, ushered Sting into the music-festival arena.

For the original report go to http://jamaica-star.com/thestar/20131011/ent/ent1.html