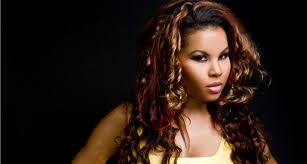 Ce’Cile traded in her ‘bad gyal’ persona for the role of ambassador at the recently concluded Jamaica Association of Composers, Authors and Publishers (JACAP) society’s Open House Forum held at the Knutsford Court Hotel in New Kingston.

Speaking passionately about her role, Ce’Cile was generous in her praise of the copyright body of which she has been a long-standing member.

She disclosed that she had benefited tremendously since signing to the collections agency.

The JACAP ambassador left no stone unturned as she urged fellow artistes to get their act together and become members of JACAP.

“We always complain about the fact that, ‘things not going right’ well, here is an organisation that is doing a wonderful job of trying to turn this hustle mentality into a serious business,” Ce’Cile stated emphatically.

Getting a bit more personal, the artiste, who recently returned from Europe, where she performed on several festivals, explained that there are two Ce’Ciles, the local and the foreign.

She said the ‘real Ce’Cile’ was not wanted in Jamaica and, as a result she performs her more serious, but equally entertaining songs at festivals such as Rototom, where she is embraced and respected for her complete repertoire, rather than a sample of salaciousness, slackness and gyrations.

“When I was on my way from Europe, I thought to myself , ‘Okay, mi haffi go mek some fool-fool song for Jamaica now,” Ce’Cile admitted, to much laughter from the capacity audience at JACAP’s Open House Forum.

Ce’Cile, in the capacity of a JACAP ambassador, ended with a call for her Jamaican audience to listen to her songs and learn to appreciate the real Ce’Cile.

“I need to feel that I can perform the same songs at Rottotom and in Jamaica,” she said.

Guest speaker at JACAP’s Open House Forum was Minister of Industry, Investment and Commerce Anthony Hylton who commended JACAP for hosting such a timely forum under the theme ‘Understanding Copyright and Valuing the Rights of the Creators of Music’.

The emcee for the evening was Desmond Young, a board member of JACAP and president of the Jamaica Federation of Musicians.

For the original report go to http://jamaica-star.com/thestar/20130906/ent/ent3.html