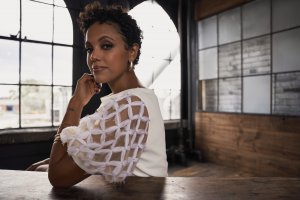 Launched in December 2020, Awakenings is a series of art projects by Black, Indigenous and artists of colour, operating under the principles of anti-oppression, anti-colonialism and anti-racism. The series is part of the City’s efforts to address anti-Black racism.

In July 2020, the City committed more than $1.2 million in cultural and economic investments to confront anti-Black racism. The City’s Confronting Anti-Black Racism unit and Economic Development and Culture division have developed opportunities such as Awakenings to increase support for Toronto’s Black creative communities. 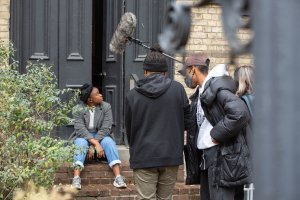 Kitchen Concerts at the Inn Chapter I launches with a powerful lyric video for “Freedom Heights (A song for Joshua Glover)” (https://www.youtube.com/watch?v=72osw7EJ2YY), which reflects on Joshua Glover’s fight for freedom. Performed by Jully Black, Susan Carol, Savannah Ré, Emanuel, and Kardinal Offishall, this song of revolution, empowerment and resistance brings an awakening during current times of social and racial injustice.

We Were Always HereWorld-renowned director Julien Christian Lutz pka Director X, mentors 10 emerging Toronto-based Black, Indigenous and people of colour filmmakers to present short films that aim to disrupt, discover and display colonial narratives. Each of the filmmakers focuses on one of the 10 Toronto History Museums to bring to light untold stories. Five films were released in December 2020. Four new films will be released in February including: Lanes (filmed at Mackenzie House); Fuyuzakura (researched and partly filmed at Gibson House); Mission Sankofa Awakening (filmed at Montgomery’s Inn); EMPIRE (Scarborough Museum) launch this month.

Awakenings Artist Mentorship Program Open CallIn partnership with Soulpepper Theatre Company, the Awakenings Artist Mentorship program is accepting applications. The mentorship will include five artists from Soulpepper 2021 Academy and five artists that are to be chosen through this open call selection process. The artists will create site specific work for each of the 10 Toronto History Museums. Soulpepper’s Artistic Director Weyni Mengesha, dub poet and decolonial scholar d’bi.young anitafrika and choreographer Esie Mensah will mentor 10 performance artists. Artists working in theatre, performance, dance and interdisciplinary practices, with strong interest in site-specific work, are invited to apply online at: https://cotsurvey.chkmkt.com/AwakeningsOpenCall. The application deadline is February 25 at 11:59 p.m.

“This year’s Black History Month celebrations, including new programming for Awakenings, are more important than ever as we acknowledge Black History Month and the commitment we have to addressing anti-Black racism in the city. Awakenings is our way of building a more inclusive and equitable arts and culture sector, while giving artists the opportunity to showcase their talent. I encourage residents to participate in Awakenings to learn more and to better understand the history of our country and the role Black Canadians have played in it and continue to play today.”– Mayor John Tory

“Awakenings art projects enrich Toronto’s Black History Month celebrations by turning the spotlight on forgotten, neglected and untold stories. Since more than 80 per cent of the creators involved in these projects are from the Black, Indigenous and people-of-colour communities, the program provides an authentic remedy to the lack of such stories in Toronto’s historical narrative.”– Deputy Mayor Michael Thompson (Scarborough Centre), Chair of the City’s Economic and Community Development Committee

“We are in a revolutionary place of change, where culture can be created with a more equitable, honest and racially inclusive lens. Music is one of the most important forms of storytelling, and Freedom Heights (A Song for Joshua Glover) could reach audiences that don’t know the story of this man, and by extension our country. For them, it could truly be an awakening.”– John Wiggins, Vice President of Organizational Culture and Inclusion, Toronto Raptors

“I was compelled to contribute to Awakenings because the rich history of important Black Canadians hasn’t been consumed by most people in our country. From the days of studying “Cultures of the Oppressed” at York University till now, helping make our stories respected, understood and socialized is a passion of mine.”– Kardinal Offishall, renowned Canadian rapper, record producer, record executive

“Awakenings is shining a light on the stories and history that belong in our city’s collective narrative. Soulpepper is proud to be collaborating to support artists in sharing these stories, and with the mentorship program, ensuring the next generation of artists play a key role in building our collective culture.”– Weyni Mengesha, Artistic Director, Soulpepper Theatre

“Live from the Barbecue” and “Feel Good” are conversations that are a continuation of the songs that inspired them, from my catalog. I’ve enlisted collaborators that I’ve met and worked with over the years to have candid discussions around our experiences and mental health, including Director X, award winning legendary Black American BBQ pitmasters Rodney Scott and Matt Horn, and Dr Kamala Uzzell Jones. In both pieces we explore how racism, lived experience and mental health intersect and offer coping mechanisms for managing and healing.– Roger Mooking, Food Network and Cooking Channel host, Chef and Recording Artist