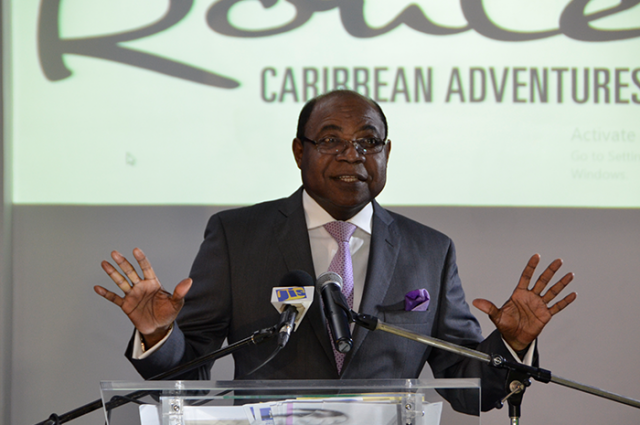 Minister of Tourism, Hon. Edmund Bartlett, says Asia has now emerged as a big tourism market and Jamaica has been making good inroads in that region.

The Minister, who is currently on a visit to Africa and Asia, also noted that a new report by the World Travel and Tourism Council (WTTC) shows that Travel & Tourism generated 1 in 10 of the world’s jobs in 2016, as the sector grew by 3.3 per cent, outpacing the global economy for the sixth year in a row.

“The Chinese and Indians have become heavy travellers and the Caribbean is a huge part of their itinerary,” Mr. Bartlett told JIS News in an interview.

“With our unique blend of tourism offerings, Jamaica has a golden opportunity to tap into this very attractive market. The marketing team of the Jamaica Tourist Board (JTB), ably led by Director of Tourism, Paul Pennicook, has been very active in this regard and has been making inroads in the Asian market,” he added.

The Minister said the WTTC report noted that in addition to growing by 3.3 per cent last year, Travel and Tourism generated US$7.6 trillion worldwide, which is 10.2 per cent of global Gross Domestic Product (GDP), when the “direct, indirect and induced impacts are taken into account.”

Mr. Bartlett pointed out that the sector also supported a total of 292 million jobs in 2016.

He said the WTTC report showed that South East Asia was the fastest growing region in the travel and tourism sector in 2016, growing by 8.3 per cent and was driven by what it called the expanding Chinese outbound market.

Mr. Bartlett said it is projected that by 2027, travel and tourism will generate more than 11 per cent of the world’s GDP and employ a total of 380 million people.

“It is estimated by the WTTC that one quarter of all jobs created in the next decade will be supported by travel and tourism,” he added.