SILVER SPRING, Md., Oct. 25, 2019 /PRNewswire/ — Following the announcement of its new docuseries “Behind Her Faith,” UMC (Urban Movie Channel) – the first streaming service for Black TV and film from AMC Networks – announced today that it will continue its original series, “A House Divided” for a second season. The multi-generational family saga, which debuted with six episodes on the streaming network earlier this year in July, follows the members of a wealthy, prominent family in the Los Angeles community who deal with the loss of the family’s matriarch while uncovering and facing a variety of secrets and scandals.

“The first season of ‘A House Divided’ performed incredibly well on UMC,” said Nikki Love, VP of Development & Production for UMC. “The response we’ve seen from viewers and our subscribers has shown us that this series has developed a very dedicated and passionate audience and they are more than ready for another season of the Sanders family’s antics. We look forward to delivering more juicy storylines and can’t wait to showcase the new dynamic LisaRaye and Parker will bring to the show.”

“A House Divided” comes from Dan Garcia, the creator of UMC’s Daytime Emmy nominated series, “Bronx SIU.” Currently in production, Season 2 of the series is slated to return in the spring of next year.

About AMC NetworksKnown for its groundbreaking and celebrated original content, AMC Networks is the company behind the award-winning brands AMC, BBC AMERICA, IFC, SundanceTV, WE tv, and IFC Films. Its diverse line-up of popular and critically-acclaimed series and independent films include Killing Eve, Better Call Saul and The Walking Dead, which has been the #1 show on basic cable television for nine consecutive years, as well as Portlandia, Brockmire, Love After Lockup, and the films Boyhood, Death of Stalin, and many more. Its original series Mad Men and Breaking Bad are widely recognized as being among the most influential and acclaimed shows in the history of TV. The Company also operates AMC Studios, its production business; AMC Networks International, its international programming business; the subscription streaming services Shudder, Sundance Now; Acorn TV; and UMC (Urban Movie Channel); and Levity Entertainment Group, the Company’s production services and comedy venues business. For more information, visit http://www.amcnetworks.com. 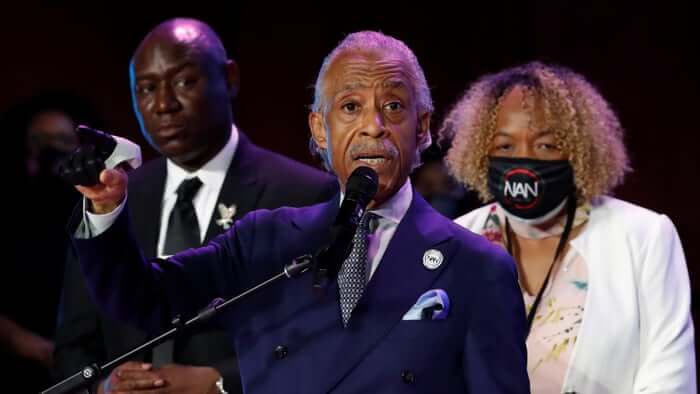 Scholarship in Honour of George Floyd Announced at his Memorial Service