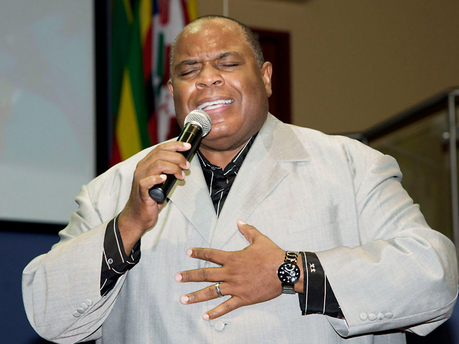 Local gospel music was the big winner on Saturday as thousands of worshippers converged on the Montego Bay Convention Centre to witness some of the biggest Jamaican acts deliver performances that will be etched in the minds of those who attended for years to come.

The event started off well with the Leharia Singers setting the pace with renditions such as God Blocked It and For Every Mountain.

As the atmosphere for worship increased, local act Sonia Rowe seemed in her element. Pastor Sonia Simpson from Canada struggled to follow suit, although she had good responses for her reggae rendition of The Anchor Holds.

Canada-based gospel crooner George Banton took worship to another level and had old and young on their feet throughout his 30-minute set, backed superbly by the Hi Praise Band.

Starting off with I Need Thee, the former member of the popular Grace Thrillers group belted out a string of hits as those in attendance sang along. Banton’s performance served as an appetiser for the performances to follow.

Jabez then came with his unique blend of worship. The capacity crowd was his as he delivered Mi Know Say Mi Bless, God People Still A Prosper,and a string of other hits over 25 minutes.

Veteran preacher Dr V.T. Williams then ministered a word of hope before Kevin Downswell entered the stage and delivered a solid set with some popular hits including, You Make Me Stronger.

Entering the stage at about 10:55 p.m., special guest from the United States, Alvin Slaughter, had everybody in the auditorium on their feet from the moment he belted out the first note of songs such as Mighty God, God Can and Rain Down, triggering a marathon praise session.

For the original report go to http://jamaica-gleaner.com/gleaner/20131002/ent/ent3.html#disqus_thread