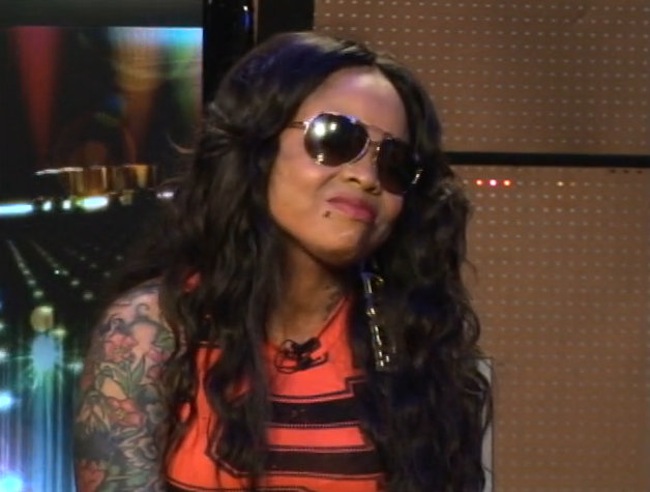 Vybz Kartel‘s baby mother Tanesha Jackson, better known as Shorty, is speaking out for the first time about the Worl’Boss being behind bars and the launch of her new label.

Last month Shorty launched a new label with Vybz Kartel name ShortBoss Muzik headed by herself. Vybz Kartel has since released a new single“School” on the label.

Speaking with Winford Williams of OnStage, Shorty says the label was her idea and Vybz Kartel cosigned.

“He [Vybz Kartel] is a part of the label,” Tanesha Jackson said.

Shorty says Elvis and TJ are among the principals of the label but herself is at the helm.

She also opened up about Vybz Kartel murder trial, as well as, their kids missing their father.

Watch the interview below.

For the original report go to http://urbanislandz.com/2013/09/08/vybz-kartel-baby-mama-shorty-talks-trial-new-label-more-video/