Meek Mill Gives Back To His Hometown 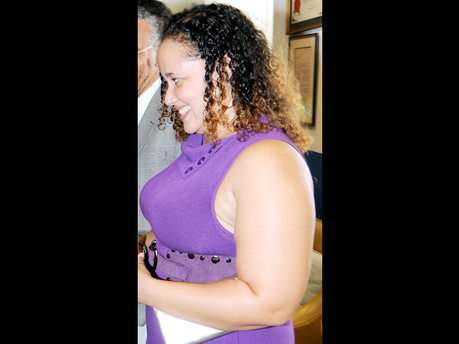 Sharon Schroeter, a producer who lost more than 30 pounds in six months, is using her own success story to carve out a reality series unlike anything ever seen on local TV.

Schroeter first chronicled her journey in a segment titled Losing It, which aired every Wednesday during TVJ’s Smile Jamaica for 13 weeks. The segment focused on her gym routines as well as healthy food alternatives.

“I did it because I was frustrated with trying everything in order to lose weight. I always wanted to do a show to focus more on health, so I put myself on TV as a guinea pig to see if it would work and to see the reaction from Jamaica.”

After partnering with the Fit Farm Gym which saw her doing a series of fitness challenges in order to shed the pounds, Schroeter decided to take it a step further.

After the 13 episodes were completed, Schroeter went back to TVJ with an idea to expand the show into a series where contestants would earn money to lose weight.

“We selected six persons from all different walks of life and we are planning to do similar challenges to the ones I did. We chose contestants who were struggling with weight and were looking for healthy solutions. The show will document the amazing and healthy transformation of these six individuals. We want to ensure we are sending the right message to Jamaica,” she told The Gleaner.

Each of the six contestants will be assigned a trainer, and the series will also run for 13 weeks. Schroeter stated that the goal is to up the ante, and sweetened the deal by rewarding the contestants with money in exchange for pounds lost.

“No one is going to go home empty-handed, and the person who loses the most weight will ultimately be the winner. We are hoping to start airing, Losing It: The Weight Is Over between January and February,” she said.

For the original report go to http://jamaica-gleaner.com/gleaner/20131128/ent/ent4.html