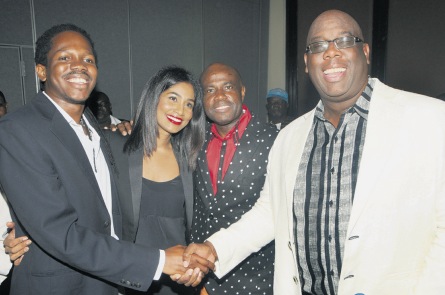 DANCEHALL music has always had its share of critics, some of whom point to the genre’s negative impact on Jamaican youth.

Entertainment minister Damion Crawford, however, is not one of the naysayers. Speaking at Monday’s launch of Sting at the Jamaica Pegasus in New Kingston, Crawford defended reggae’s controversial spin-off.

“The saying that dancehall is a crucial part of society’s violence is a myth. If that was the case, Sting would not have been sustained over the years. We don’t hear the same thing being said about cartoons, books and movies,” said Crawford.

He noted that other music forms such as rock and roll, and hip hop have been similarly chastised but like dancehall, and Sting, have endured.

This year marks the 30th anniversary of Sting, the Boxing Day event dubbed the ‘Greatest One Night Show on Earth’. According to founder and head of organisers Supreme Promotions, Isaiah Laing, things are falling into place for a special show.

“Although we are not exactly where we would want to be, things are much better than previous years. Everything is in place as the majority of the artistes have been booked since July and for the first time the Jamaica Tourist Board (JTB) has come on board,” Laing told the Jamaica Observer.

Sting has a reputation for artiste clashes and unruly fan behaviour. Artistes being pelted with bottles by fans has been a feature over the years.

Laing says patrons are guaranteed a safe and comfortable environment this year.

“There will be absolutely no bottles allowed into the Sting venue. Supreme has it locked,” he stated. Downsound Records head Josef Bogdanovich is part of the production team. He has high expectations for the show, which he says will attract an audience of millions.

“With our pay-per-view inclusion this year, we’re looking at 350 million viewers across the world for reggae-dancehall,” he stated.

Bogdanovich believes an expansion of Sting’s base via pay-per-view is a major coup for the Jamaica brand.

For the original report go to http://www.jamaicaobserver.com/entertainment/CRAWFORD-LAUDS-STING-S-LONGEVITY_15531610