Once again misogyny and hegemony have reared their heads in the annals of International music. Cardi B and Megan Thee Stallion released their latest song “WAP” that has debuted number one on the Billboard chart. This after a week of controversy, think pieces and tweets about 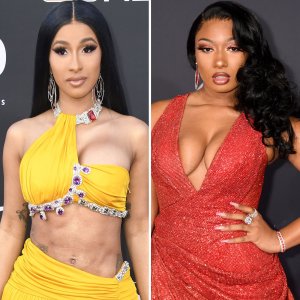 whether the lyrics of the song is misleading society. Jamaican entertainer Ishawna joined the conversation when she added an unofficial verse to the popular song. She declared her uncompromising request from her lover to join Cardi B’s already raunchy requests. All the women itemized their sexual requests, each one out doing the other with colorful words. Cardi B has since endorsed Ishawna’s verse by calling the verse “nasty” in her Instagram story.

In keeping with the dancehall lingua and audacity Ishawna’s willingness to grant favors, among other things, made heads turn. Cardi B and Megan’s video has over one hundred and ten million streams while Ishawna’s have just over one hundred thousand in a week.

As much as views as they have racked up the lyrics have caused discomfort to some, mostly males in the industry. One Local DJ, ZJ Chrome tweeted: “Big woman thing beat me if u want but .. cardi megan and the rest a female rappers only encourage this generation to “SELL” .. and a lot are buying it ..  pretty soon they will switch up then say they’ve grown & they got kids … but yet influenced a whole generation”

I find this kind of reactivate prejudice to be hypocritical. It was the similar response from some quarters when Ishawna sang “equal rights”.

One artist at the time, Prince Pin, enquired: “How some man so silent and when man talk dem say we violent?” in the intro to his song. His lyrics went on to lash out for the “real Jamaican dem” in a distasteful banter.

Ceelo Green from his moral high ground said “a lot of the music today is very unfortunate and disappointing on a personal level and moral level”. He went on to say that music from Nicki Minaj “feels desperate”. He thinks the women could lead people in a more positive way. He has since apologized for coming out against the women.

These “real Jamaican men” as spoken for by Prince Pin are of an era where masculinity was dominant in pop culture. In times past men in dancehall and hip hop received massive roars for encouraging heinous acts in songs and onstage including the vicious treatment of women and their genitals. Many local dancehall albums and the albums coming from hip hop such as Snoop Dog “Doggy Style” and DMX “It’s Dark And Hell Is Hot” have some of the most explicit lyrics. 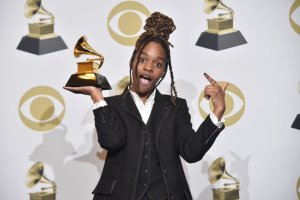 These women are now leading on all fronts and their stories and songs have them as the hero. For Jamaica, Koffee is the most notable singer in recent years while Shenseea and JadaKingdom are aesthetically poised to affect the global music markets before many of their male counterparts.

In a time when five million women marched on Washington, and in Jamaica hundreds marched for women’s rights, the women are more embolden, finding a voice and soaring without the permission of men.

The pushback coming from men due to the lyrics in WAP may be the result of their shared dominance in the musical space. It is no longer a one-sided, anti-women narrative.

The music industry cannot grow out of the niche and underground into the mainstream if the topics remain the same, or if the women are not given the same space and opportunities to express themselves as the men.

The women of Hip Hop and dancehall are brave and willing to take more risks on topics and compositions that stretch their artistic abilities. They experience an unspoken industry double standard that suggests they need the permission from men or experience backlash. 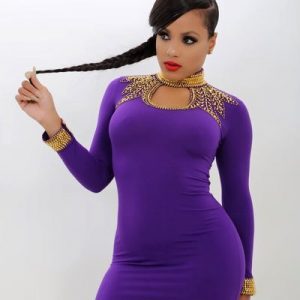 You can kill the culture by silencing the women and their respective plight. The women must play an important part in the development of Hip Hop and dancehall — anything else is criminal.

On the surface, these male Hip Hop and Dancehall DJs may put to shame the narcissism, boldness, and uncompromising verbiage of Cardi B, Megan, Ishawna and other women, but at a deeper level they can appreciate her influence, even if it makes them uncomfortable.

The women, like the men have a duty to maintain relevance as popular cultural agents. It takes time and energy to create a hit song that will connect with audiences worldwide. They went against and over the heads of the Hip Hop and dancehall awakened gatekeepers, this is why the song is making history on the charts and it’s worthy of respect.

Finally, if anyone have a difficulty in appreciating the artistry in the songs be reminded that real artistes do not use reason, but they follow through on an apparently worthwhile plunge against the grain. They create and become the memetic reality for a group of people who, in their mind, will understand and relate. Cardi B, Megan and Ishawna have indicated equal rights for women as the progressive future, the negative narratives against them is just that…momentum for their victories.

JR Watkis is the creator and host of World Music Views.