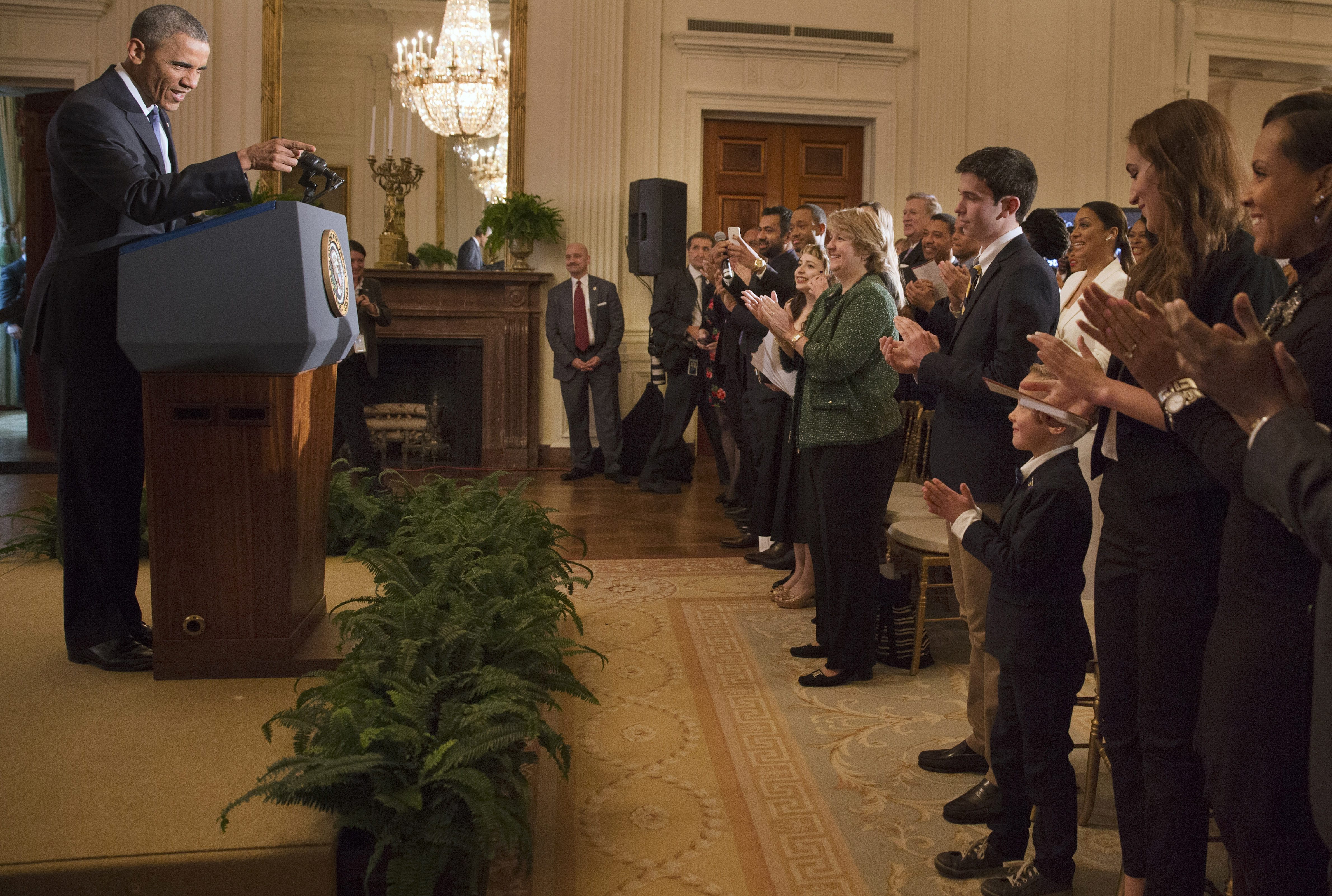 WASHINGTON _ President Barack Obama said the film festival he hosted at the White House Friday is probably the only one ever featuring a director with a loose tooth.

The 15 films featured at the second annual event were made by students age 6-16 who were chosen from among some 1,500 entries on this year’s theme of giving back. “It’s like the Sundance or Cannes of film festivals that are open to the public through a government website,” Obama said.

The young filmmakers were joined in the East Room turned movie theatre by entertainment industry leaders, including Academy Award-winning actress Hillary Swank and Steve McQueen, director of the Oscar-winning “12 Years a Slave.” The masters of ceremonies were actors Kal Penn and Terrence J.

Swank, who won the best actress Oscar for “Boys Don’t Cry” and “Million Dollar Baby,” told the students that art rescued her from a childhood as an impoverished outsider and encouraged them seek out mentors to help achieve their dreams. “But the most important person when it comes to finding and achieving success is you,” she said.

The loose tooth belonged to the youngest featured artist _ 6-year-old Noah Gue of Bozeman, Montana, the son of a wildland firefighter father and photographer mother. His film was inspired by the changing climate and landscape in his hometown.

Other winners included a group of Chicago high school students who spun a hip-hop yarn of encouragement for peers facing adversity and a California 17-year-old who made a “sockumentary” about helping the homeless one pair of socks at a time. An 18-year-old from Arizona used his film to raise awareness about Navajo water rights issues, and an 18-year-old born with cerebral palsy documented his campaign to get wheelchair-accessible doors installed at his Texas school.

Obama used the event to announce a new mentoring program for aspiring artists. The American Film Institute and the Screen Actors Guild-American Federation of Television and Radio Artists have pledged to provide 1 million hours of mentoring over the next three years.