450,000 Visitors Expected from Canada this Year 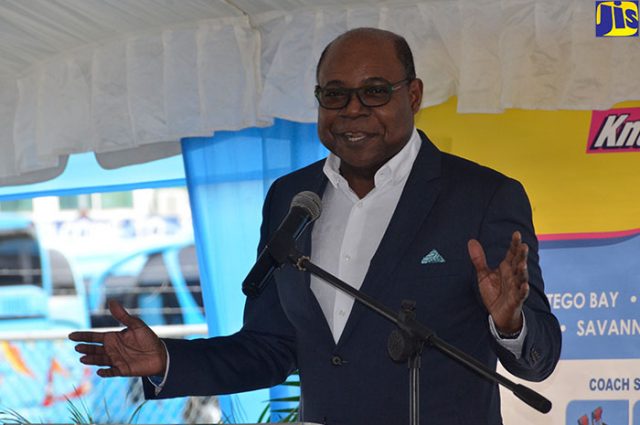 Minister of Tourism, Hon. Edmund Bartlett, says projections are for 450,000 visitors out of Canada this year, continuing the strong growth in tourist arrivals out of the North American country over the last few years.

“So, they broke the 400 mark again in 2017. They did that in 2014, then they receded and fell by 17 per cent, but we have arrested that decay and now we have strong growth, and based on projections, we are expecting an increase of more than 40,000 Canadians to come to Jamaica this year,” Minister Bartlett said.

He was speaking with JIS News on Sunday (February 4), following his return from Canada where he met with tourism stakeholders and groups.

The Tourism Minister said the visit was “a most exciting and productive one.” He said he was able to meet with a number of the planners and allay concerns regarding the enhanced security operations in St. James.

He said he met with one group, which will be bringing 600 visitors to the island next month.

“Just by us being there, we were able to show them what we are doing to make Jamaica safer, more secure and seamless. They understood well what we are doing… and so, I will also be there to meet them when they come later this month,” Minister Bartlett said.

The Tourism Minister said there has been continued growth in tourism despite the security operations.

He informed that for January, Jamaica saw a 6.8 per cent increase in arrivals, with 7.6 per cent growth during the period when the enhanced security was implemented.

“The strength of the destination and the fact that people have known that Jamaica is a safe and secure destination, have bled over in a positive response to their vacation,” the Tourism Minister pointed out.

Mr. Bartlett and his team will journey to London, New York, and central and continental Europe later this month to promote the destination and its offerings.