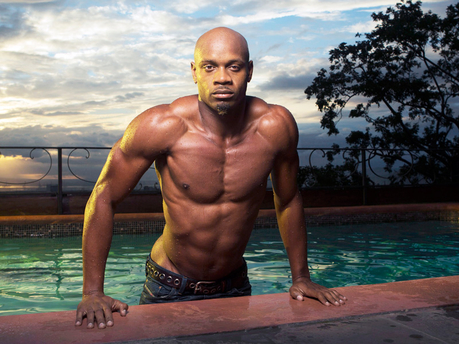 2014 is the year of Asafa Powell … literally. The former World Record holder will, later this month, launch his line of calendars for the upcoming year.

The calendars are the newest addition to the sprinter’s Team Asafa line of products and memorabilia that are currently sold via the Shop Asafa tab on his website www.iamasafa.com.

“We posted some behind-the-scenes photos from the photo shoot, as well as a few shots of the months from the calendar, and the response was just massive. Ladies were asking to see their month and wanted to know when and where they could buy their calendar,” said Powell.

“The photos for each month are completely detachable. So when the month is done, the photos actually become collectable posters, and we also added the first four months of 2015 as another bonus for fans,” said Tara Playfair-Scott, Powell’s publicist.

Powell will launch his calendar on October 25 at Bookophilia, where sponsors such as Baileys, SportsMax, Coca-Cola and Tru-Juice will make the night more exciting for the fans who come out to support and purchase calendars.

Fans are welcome to join the 100m sprinter at the launch, and, in fact, the first 97 who purchase a calendar will get it autographed by the Sub-10 king as well as have their picture taken with him.

Starting October 25, Asafa’s calendars will be on sale in Jamaica at Bookophilia and Sangsters Bookstore outlets islandwide as well as online atwww.iamasafa.com, for his international fan base.

Powell shot to international stardom in June 2005 when he broke the 100m world record (then 9.78) with a time of 9.77 seconds. In September 2007, Powell shattered the record again, stopping the clock at 9.74 seconds. The decorated sprinter has had the honour of representing Jamaica at the Olympics, World Games and the Commonwealth Games.

Powell holds the record for the most sub-10 second 100m runs in the history of the sport.

For the original report go to http://jamaica-gleaner.com/gleaner/20131017/ent/ent2.html