Major response for ‘One Day’ 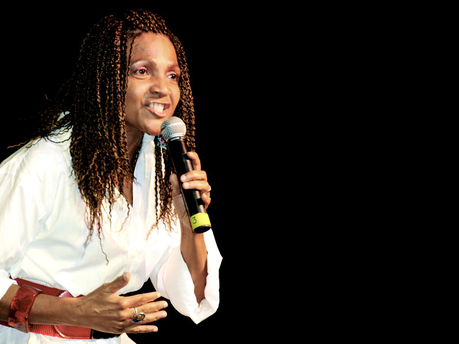 With former South African President Nelson Mandela passing less than two weeks ago, at least two Jamaican artistes have decided to pay their respects through song.

In an interview with The Gleaner, KipRich said he decided to pen the song because he thought Mandela was quite the world leader.

“I see Mandela as a world icon, like the greatest black leader. This man has been through tribulation to stand up for what he stood for. When me see a man like that, it motivates me. We haffi show appreciation fi a man like that weh trod earth and do weh him do,” KipRich told The Gleaner, noting that the song was recorded on the night of Mandela’s death and was complete by the following day.

Mandela, who was pivotal in ending apartheid in South Africa, died on December 5 at the age of 95, having suffered from a prolonged respiratory infection.

While KipRich has been getting positive responses to the song since its release, he said it was done from his heart and not with the intention of it getting on to music charts.

“People love it and people a feel and a talk ’bout it. Da song deh is just a song weh mi do from mi heart. Mi truly appreciate the work weh Mandela do and mi just a show appreciation through song,” he said.

As for Carlene Davis, Thank You, Mandela is the third song she has done about the former South African leader.

“She did Rise Up, a song encouraging the Mandelas and their fight against apartheid. On the release of Nelson Mandela in 1990, Davis recordedWelcome Home, Mr Mandela, which was widely used wherever Mandela toured after being released from prison. It was a significant song when Mandela came to Jamaica in 1991. That song will be remembered as the song that quelled the uproar that started at the tribute show at the National Stadium,” said a press release that was sent to The Gleaner.

Prior to that, Davis also did Winnie Mandela, a tribute to the former wife of Nelson Mandela.

Thank You, Mr Mandela has been released by VP Records and is being played via radio by the University of Cape Town. Davis also received a letter of appreciation from the High Commissioner of South Africa, Mathu Joyini.

For the original report go to http://jamaica-gleaner.com/gleaner/20131216/ent/ent1.html