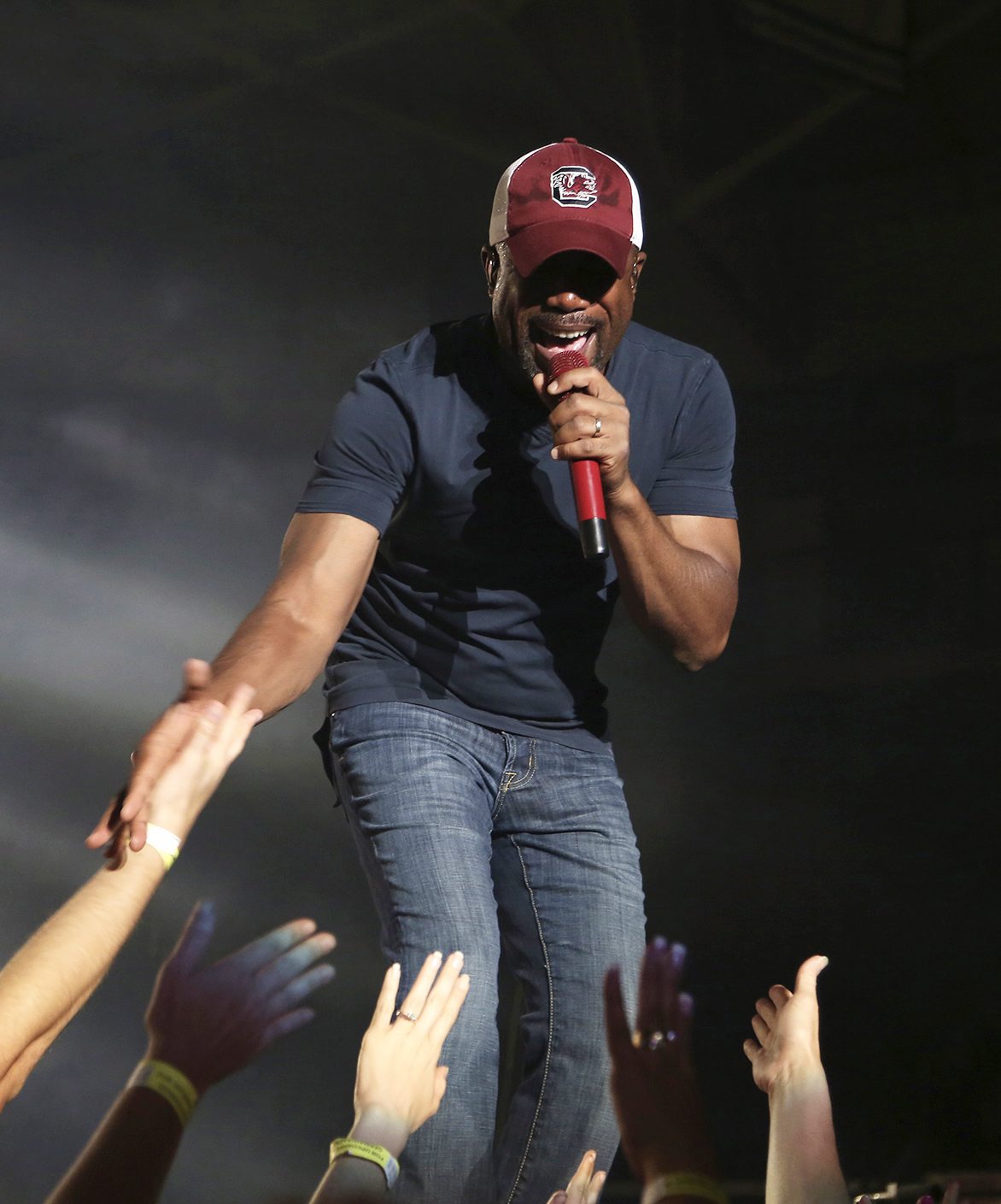 The Hootie & the Blowfish frontman-turned-country singer says he’s hoping to jump on a song with a rapper.

“I don’t have much left on my bucket list. One of the things that I’m dying to do is to sing the hook on a big rap song,” Rucker said in a recent interview. “No one’s ever called me to do that.”

Rucker said he wants to collaborate with hip-hop heavyweights like Jay Z, Eminem and Snoop Dogg.

“Somebody that’s had a career; I get where they’re coming from, they get where I’m coming from,” said Rucker, 48. “Let’s do something cool.”

Rap and country duets have become popular over the years: Florida Georgia Line and Nelly’s “Cruise” remix was one of 2013’s biggest hits. And other collaborations between the genres have matriculated, from Snoop Dogg and Willie Nelson to Jerrod Niemann and Pitbull to Jake Owen and T-Pain.

But before Rucker guests on a rap track, he’s putting out new country music. “Southern Style,” his fourth country effort, was released last week. He said he started work on the album a year ago and wrote over 50 songs for the project, though only 13 made the final track list.

Rucker also said the album is a departure from 2013’s “True Believers,” which featured his Grammy-winning cover of “Wagon Wheel.”

“’True Believers’ was such a serious record, and with this record, I really went into it with that attitude of, ‘Let’s have some fun. Let’s write some big drinking songs and some loving life songs,”’ Rucker said.

The first single, “Homegrown Honey,” was co-written with Charles Kelley of Lady Antebellum.

“We were having a couple beers. We had a little party going over there between the three of us,” said Rucker, who also wrote on the track with Nathan Chapman.

Rucker will launch a tour May 14 in Holmdel, New Jersey. Aside from his country material, he’s also been playing shows with his Hootie bandmates, like they do every year.

“I pulled the guys together just last week and said, ‘Let’s start writing some songs.’ If we decide to do it a year from now or if we decide to do it two years from now, I don’t want to just have to decide and start writing a bunch of songs, I want it to be like when we wrote our first record,” he said. “I want to take a couple years, write a bunch of songs and play them together in the basement and, you know, let’s make a great record.”

Hootie & the Blowfish, whose hits include “Let Her Cry” and “Only Wanna Be With You,” released its last album in 2005.

“We’re brothers and we play all the time, and we know we’re going to do it, but we’re not going to do it until it’s right,” he said.