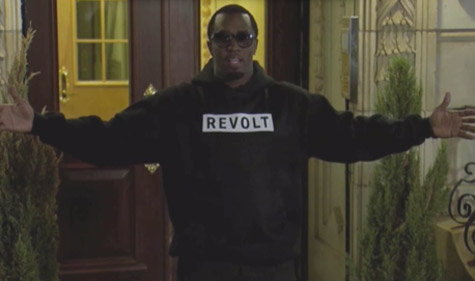 It was all a dream, but last night Diddy turned it into a reality when he launched his music network Revolt TV by turning on the channel from the steps of the Notorious B.I.G.’s childhood home in Brooklyn. Following his introduction, the channel played its first music video, Biggie’s 1994 classic “Juicy.”

“There was never a question about what video would be on the air when Revolt went live,” said Diddy. “Biggie and I had this dream. We set off on a journey together. He was my partner. He was fearless. He inspires me. And today, Biggie will help to launch Revolt. Today, that dream becomes a reality.”

For the original report go to http://www.rap-up.com/2013/10/22/diddy-launches-revolt-tv-from-notorious-b-i-g-s-childhood-home/