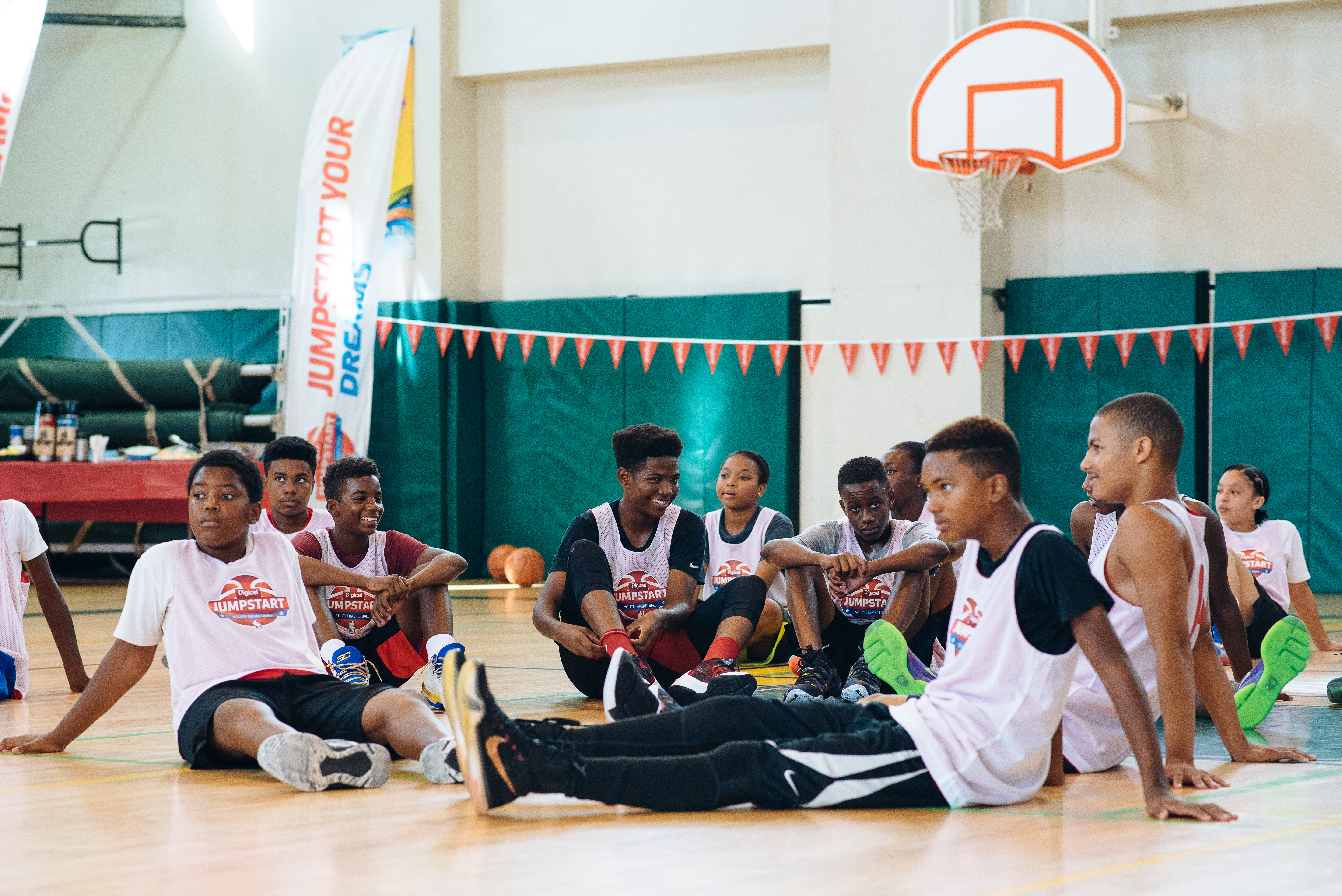 CASTRIES, ST. LUCIA, Aug. 26, 2016 – Digicel and the National Basketball Association (NBA) announced today that Digicel NBA Jumpstart Basketball Clinics will return to the Caribbean for the second consecutive year. The clinics, which tip off in Bermuda on Aug. 26, will bring together more than 500 boys, local coaches and for the first time girls, from nine Caribbean countries. At the conclusion of the clinics, the top seven players in each market will be selected to attend the Digicel NBA Jumpstart Elite Camp in the British Virgin Islands on Oct. 7 – 9, 2016.

“It is truly encouraging to watch these kids develop their talents to reach their full potential,” said Digicel Group Marketing Director Peter Lloyd. “Our partnership with the NBA is helping to make a big difference in our communities, and we are committed to developing and preserving sports across the region through grassroots programmes like Jumpstart.”

“We are proud to partner with Digicel to bring grassroots basketball development to hundreds of young Caribbean players for the second straight year,” said NBA Latin America Vice President & Managing Director Arnon de Mello. “As a leading operator in the Caribbean and a strategic NBA partner, Digicel shares our commitment to growing basketball in the region and teaching the values of the game, including teamwork, respect and leadership.”

Last year, Digicel NBA Jumpstart Basketball Clinics brought together more than 300 of the top male players ages 16 and under from across the Caribbean. The top eight players from the Elite Camp visited NBA headquarters in New York City and attended an NBA game in Brooklyn, where they watched Stephen Curry and the Golden State Warriors take on the Brooklyn Nets. Friends and family will be able to follow this year’s Jumpstart clinics on Digicel’s social media platforms as well as on SportsMax TV.

In March 2015, Digicel and the NBA announced a multiyear partnership that delivers live games and extensive NBA programming to more than 30 Caribbean territories through Digicel SportsMax and made Digicel the Official Wireless Partner of the NBA in the region.

Digicel Group is a total communications and entertainment provider with operations in 33 markets in the Caribbean, Central America and Asia Pacific. After 15 years of operation, total investment to date stands at over US$5 billion worldwide. The company is renowned for delivering best value, best service and best network.

Digicel is the lead sponsor of Caribbean, Central American and Pacific sports teams, including the Special Olympics teams throughout these regions. Digicel sponsors the West Indies cricket team and is also the presenting partner of the Caribbean Premier League. In the Pacific, Digicel is the proud sponsor of grassroots NRL programs, women’s business initiatives and the Amicale soccer team in Vanuatu.

Digicel also runs a host of community-based initiatives across its markets and has set up Digicel Foundations in Haiti, Jamaica, Papua New Guinea and Trinidad and Tobago which focus on educational, cultural and social development programmes.

The NBA is a global sports and media business built around three professional sports leagues: the National Basketball Association, the Women’s National Basketball Association, and the NBA Development League. The league has established a major international presence with games and programming in 215 countries and territories in 49 languages, and NBA merchandise for sale in more than 125,000 stores in 100 countries on 6 continents. NBA rosters at the start of the 2015-16 season featured 100 international players from 37 countries and territories. NBA Digital’s assets include NBA.com and the NBA app, which achieved record traffic during the 2014-15 season, as well as NBA TV. The NBA has created one of the largest social media communities in the world, with more than one billion likes and followers globally across all league, team, and player platforms. Through NBA Cares, the league addresses important social issues by working with internationally recognized youth-serving organizations that support education, youth and family development, and health-related causes.

We know of Quickstart Football but not much on Basketball … we are delihhted to promote this initiative.

All the success … see details attached.