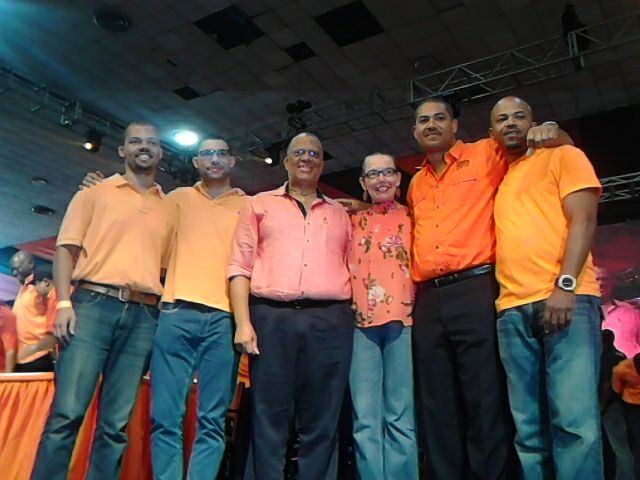 Photo: Dr. Peter Phillips third left embraces his wife Sandra Minott Phillips QC, surrounded by their sons in an act of unity at the elevation of Dr. Phillips as PNP party leader..jpeg 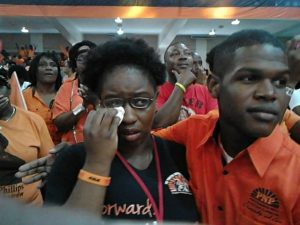 Photo: PNP supporter wipe tears from her eyes after Portia Simpson Miller made her last speech as party president on March 26 2017.

It was a packed National Arena that witnessed the transfer of power and leadership from Portia Simpson Miller to Dr. Peter Phillips making him the 5th president of the 78 year old PNP. Party President Dr. Peter Phillips reaffirmed the party’s commitment to democracy. This is an apparent response to the controversial walking out of parliament as reported in our perspective in vision newspaper. “We walked out of parliament last week because of unjust taxes and laws. We support democracy and participatory democracy as we introduced student representatives on school boards, the cooperative movement, local government, and the Credit Union movement… PNP has always led the way. Too many are trapped in poverty, one out of many five Jamaican lives below the poverty line.”

Many diplomats and journalists were in attendance to witness the transfer of power which as the police explained after was incident free. 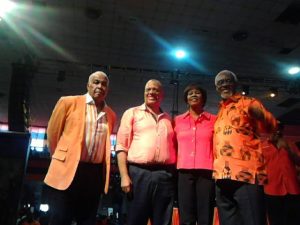 In an apparent policy direction the new PNP president said “I will form a new committee to look at the legal framework for land ownership and to better utilize funds in the NHT.”
This makes the PNP different from the JLP as we do not support indirect taxation.
“I accept the leadership of the PNP to thunderous applause.”
Hopeton O’Connor-Dennie, SIC VISION NEWSPAPER