Five Killed In Shoot Out With Police And A Soldier Got Injured.

Honour Skill Cole While He’s Alive For His Role 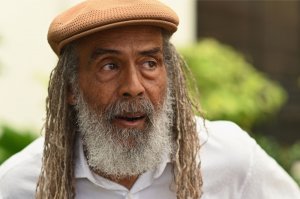 Often times we hear the saying that we await the demise of our noted sons and daughters before we shower on them accolades which can easily be bestowed while alive, without trying to prematurely trying to bury them while they are alive. Let them smell the roses and not only lay the wreath when they pass.

It is this idea that has engaged my thoughts as I look at Skill Cole and any possible contribution he has made in Jamaica’s sporting and cultural life.

The Wailers Back Office

The passing of Neville O’Riley Livingston, also called Bunny Wailer and affectionately known to others as Bob Andy that has brought to the forefront of my mind and true consciousness the monumental contribution of Skill Cole to our sporting fraternity and also the music industry. Do forgive my ignorance, but I was not fully aware that Cole was not only a noted footballer, if not of an international stature,  but was manager of one of the most successful set of musicians in Jamaica, The Wailers, and that their collective contributions of which he played key role, a part as a back office performer,  was so impacting.  To quote a line from a very popular song that we all know which is entitled:

“The Wind Beneath My Wings”.

” It must have been cold to be in their shadow ..  not to have sunshine on his face”

Adopted to suit this scenario.

Cole can rightly be described as having played such a role, especially as it relates to the success of Bob Marley, Peter Tosh & Bunny Wailer: and by extension. The Wailers as a singing group.  Ever so often we fail to recognize some quiet giants who are obscured beneath the wings having been overshadowed, so to speak, by those wings as they soar and without such an individual, may not have had a chance to soar if it were not for those back office players.  We wonder if the light of those upfront stars would have been able to shine and they may never have become stars shining so brightly without people like Cole. It is a serious thing. “A crucial it crucial.” Trust me. 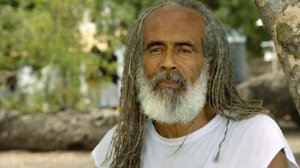 While Cole is still with us, I think he should get appropriate recognition and suitable accolades of recognition for the role he has played in national development. He is a quiet giant. An unsung hero.  The death of Bunny Wailer has certainly cast Skill Cole once more into the spotlight. We almost forgot that he existed. Out of sight, out of mind as they are wont to say. Oh so true.

As we are about to lay Bunny Wailer to rest, there is the disturbing news that a letter has surfaced allegedly written by his son with   contents which have the potential to cause a raucous.  We hope this will not be allowed to mar the fine image of Bunny Wailer aka The Honourable Neville O’Riley Livingston, OM. Who was 73 when he passed.

Over to you Culture, Sports and Entertainment Minister Hon. Olivia “Babsy” Grange, you always deliver.

Hopeton O’Connor-Dennie is a veteran journalist who started his career as an entertainment reporter. He has International exposure.