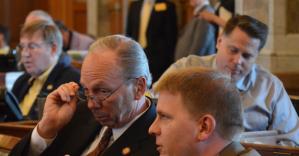 CHARLOTTE AMALIE, Virgin Islands _ A former official with the legislature of the U.S. Virgin Islands has been sentenced to prison in a corruption case.

Willis was executive director of the legislature from 2009-2012. The position gave him oversight over the renovation of the legislature’s building. Federal prosecutors said he accepted bribes totalling at least $13,000 to help contractors secure $350,000 in work on the project.

The 57-year-old Willis denied wrongdoing. At his trial, his lawyer argued that he had approved contracts without the required review to complete the renovation more efficiently.