‘After a certain time you have to re market things’: Serena Williams calls for Fed Cup changes 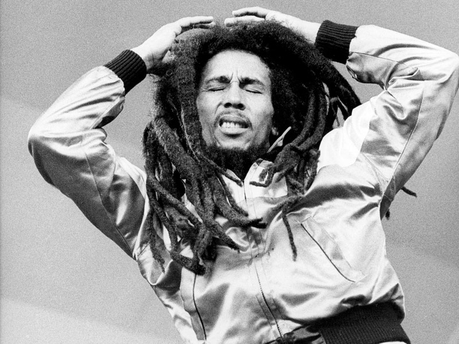 MARLEY, the world premiere musical about Bob Marley, found its Bob in an audition clip for the television show The Voice of Holland, said writer and director Kwame Kwei-Armah, who cast Mitchell Brunings in the role.

The musical, which will open this May at Center Stage in Baltimore, has music and lyrics by Bob Marley and centres on the two years Marley was in self-imposed exile in London, following an attempt on his life in Jamaica in 1976.

Kwei-Armah had seen “bloody hundreds” of potential Bobs before a friend sent him a video last summer of Brunings singing Redemption Song at his audition for The Voice. Forty-eight hours later, Kwei-Armah was in Amsterdam, meeting the singer.

“Mitchell’s been singing Bob for many years, so I didn’t need to teach him who Bob is. He knows him from the inside,” says Kwei-Armah, who had trouble finding his star because he “needed someone who could sing from the place Bob sings from — someone with his soul.”

Brunings, who is on sabbatical as a nurse at a psychiatric hospital in Holland, was a reggae singer on the side who became a contestant on The Voice in 2013 and has been performing professionally since then, according to Center Stage. His audition clip has had more than 37 million views.

“Bob Marley is a huge inspiration in my life and it’s an overwhelming honour to be playing the legend in a new musical,” Brunings said in a statement. “I am so excited to be working with Kwame and an amazing cast and group of musicians bringing the story of this pivotal moment in Marley’s life to the stage.”

The musical, which runs from May 7 to June 14, will include music from Exodus, Kaya and Rastaman Vibration, all of which Marley wrote during the period examined in the play. The musical includes 26 Bob Marley songs, including No Woman, No Cry, and Waiting in Vain, among others, and is the first ever stage production to include both the music and life of the reggae legend.

“I felt that rather than do a biographical musical about Bob Marley, I would find the moment in time that personified who Bob was,” says Kwei-Armah, “and the run-up to the assassination attempt and the exile in London typified who he was and what he believed in.”

An attempt was made on Marley’s life two days before he performed a free concert during the run-up to the hotly contested 1976 election in Jamaica.

— Reprinted from the Wall Street Journal