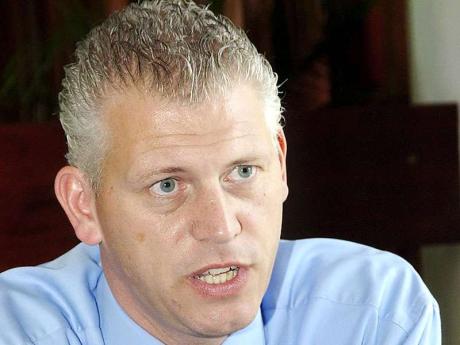 Former Scotland Yard sleuth and former Deputy Commissioner Of Police Mark Sheilds lauds the conviction and prison sentence of Patrick Powell for 9 months on firearm related offense.  Powell has been found guilty for not handing over his firearm for inspection after being implicated in a murder.

Mark Shields says inter alia that the imposition of a “custodial sentence was sending the right signal” to the wider society.

It was widely felt that justice was not served when Patrick Powell who lawyer was Patrick Atkinson QC, a former Attorney General and MP in Portia Simpson Miller’s led PNP Cabinet and Government. Many felt that skillful legal maneuvering denied justice to teen victim Kajheel Mais who was shot as an innocent victim sitting in a taxi that had a fender bender with Powell’s X6 BMW.

Powell’s firearm was never handed over for forensic analysis. Money, it was believed was used to buy out corrupt officials connected to the murder case.

In our perspective the last development that led to the conviction of Patrick Powell for failure to hand over his firearm after repeated request for inspection by the police.

Something is radically wrong if someone who legally holds a firearm and cannot be forced to hand over such a weapon if asked to do so.  A new law with teeth is urgently needed.  A longer prison term and a massive fine may be the way to go.

Mark Shields is right on the money.