Black History Month – a thing of the past 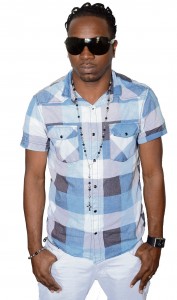 October 8, 2012 | by Vision Newspaper |
There are various ways to describe an artist, some can be powerful in their delivery, energetic and explosive some can be poetic and some just humorous. When one thinks of poetry then one must think  . Anyone that has experienced the lyrical prowess of G Maffiah will remember him.

Born Ian Ramsey he hails from Beacon Hill, Thompson Pen a small district just outside Spanish Town, St Catherine, Jamaica. He is a graduate of the St Catherine high school with several cxc passes, but refused to continue in the path of academics; music is where his heart is. His love for music began at the early age of 16 when he performed on small stage shows in and around his community. His pursuit led him to Dillon Reid of Manatee Records, who was impressed with his lyrical bravado. Reid rushed him into the studio and recorded two tracks entitled “Money Haffi Mek” and “Saturday Night” both of which did well. G Maffiah went on to work with other prominent producers such as Jah Snow Cone, Lady G, Mickey John of Lion Paw Production and  Studio 91 out of New York. In Jamaica he worked with King Jammys, Ward 21 and Seanizzle amongst many more.

His skills in writing have led him to work with several artist such as Mr Peppa, Bounty Killer, Macka Diamond, Lady G, Queen Paula and Mad Anju. He has performed on several shows both locally and internationally in the Bahamas, the US, Canada, Grenada and Grand Cayman.

The rest of 2012 has also a bunch of stage shows in store. All throughout the rest of the year G Maffia will be on stage shows in the UK. But his next stop will be France where he will show off his skills during a two week visit. He is however particularly looking forward to his tour in Gambia, after all we all know that Gambia is a reggae-loving nation and will surly embrace G Maffia’s talent.

G Maffiah’s creative writing skills are attributed from listening to various genres of music. He is thankful to the creator for blessing him with his gift and hopes one day soon he will accomplish his mission of acquiring multi-platinum status.

G Maffiah is presently working with GKonnek he has released new singles “So We Roll” on the Load Off riddim, Nuh Boy, Stronger ft Kisko Hype and Any Gal featuring Mr Peppa. He also appears in the movie “Facing Reality” where he is showcasing his acting skills, proving there is no end to his talent. His motto “till the day we die – the limit is the sky”, G Maffiah will definitely make his mark in the music industry.

Fans can look out for two new videos, to be released by the end of the year: Dem Nuh Bad &  Protect My Soul and a new mix tape entitled: WE A MEK DI STREETS TALK.