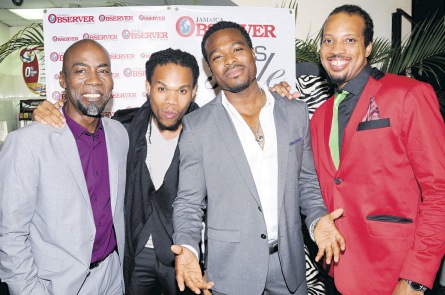 PRODUCERS of the film Home Again are excited about the feedback following its Jamaican release three weeks ago.

Speaking from his base in Canada, director David ‘Sudz’ Sutherland said he and his team have been struck by reaction to the independent flick which deals with the sensitive issue of deportation.

“We have been so moved by the feedback, the Facebook traffic has been crazy… it’s been a good ride and we are really pleased that we have been able to take it to a Jamaican audience,” he told the Jamaica Observer.

Sutherland noted that there have also been negative comments, largely about Home Again not being shot in Jamaica.

“We have spoken about this repeatedly but it is important that small states like Jamaica come up with incentives to attract filmmakers. Puerto Rico offers 40 per cent, Trinidad and Tobago offers 45 per cent… Jamaica can no longer be content to say ‘come, we have sun and sand’. Almost everybody has that and more,” Sutherland stressed.

He said due to contractual obligations Home Again will not have a theatrical release in the United States. Instead, it will be released in that country on October 22 on iTunes, DVD, Video on Demand as well as through Amazon.com.

However, movie-goers in the United Kingdom will have the opportunity to watch Home Again on the big screen once it opens there at the end of this month.

“It’s all systems go for the London premiere on October 30. We are taking CCH Pounder, Tatyana Ali and other members of the cast and crew over there for a premiere at the British Museum.”

Written by Jamaica-born, Canada-reared Jennifer Holness, Home Again premiered at The Carib in Kingston on September 16 and closed at local cinemas yesterday. It ran for five weeks at cinemas in Trinidad and Tobago when it opened there earlier this year.

For the original report go to http://www.jamaicaobserver.com/entertainment/Good-vibes-from–yaad_15219410