Gov’t Looking to Get More Women into Leadership Roles 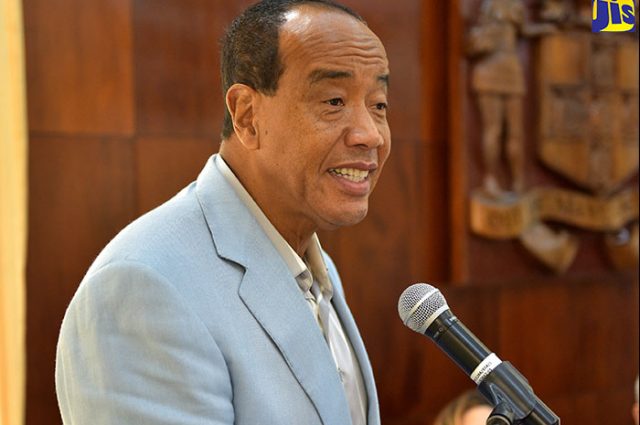 Economic Growth Council (EGC) Chairman, Michael Lee-Chin, addresses journalists and other stakeholders at the EGC’s Fourth Report to the Nation at Jamaica House on Wednesday (January 24).

Economic Growth Council (EGC) Chairman, Michael Lee-Chin, has praised the Government for declaring a State of Public Emergency in St. James as part of its effort to curb crime.

Speaking at the EGC’s ‘Fourth Report to the Nation’ at Jamaica House on Wednesday (January 24), Mr. Lee-Chin noted that the decision represents the first step in the Administration’s thrust to stave off criminality, and called on members of civil society to support the measures.

He also challenged them to speak out against crime and violence, while encouraging persons to repose confidence in the Administration’s ability to take the necessary steps to “eradicate this cancer”.

Mr. Lee-Chin emphasised that all civic-minded persons have a responsibility to exercise zero tolerance for lawlessness and being part of the solution by cooperating with the security forces and providing them with information on illicit activities.

“Harnessing the ‘crime monster’ is the last hill needed for us to climb (towards achieving higher levels of growth). The economy is brimming with confidence, the debt to gross domestic product (ratio) is coming down quickly, our net international reserves are strong, our dollar is stable and investors are poised to start investing (in Jamaica) and creating jobs,” the Chairman said.

“Let’s do all that is necessary to wrestle criminality and corruption to the ground. It is the only thing standing between stagnation and the country achieving growth of five (per cent in four years),” he underscored.