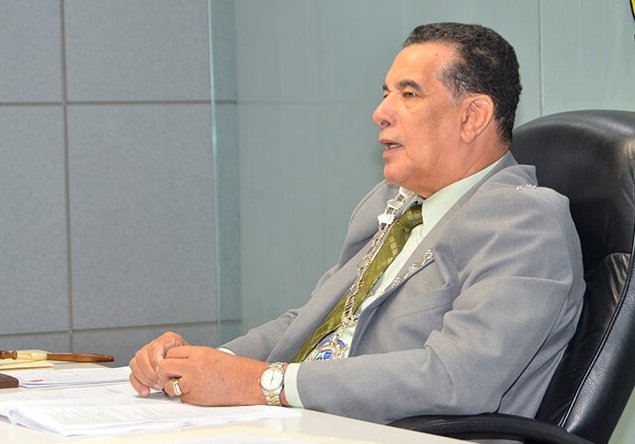 Mayor of Montego Bay , Councillor Homer Davis, speaks at the monthly meeting of the St. James Municipal Corporation, on January 9.

Mayor of Montego Bay, Councillor Homer Davis, made the announcement at the monthly meeting of the St. James Municipal Corporation, on Thursday (January 9).

The installation will be undertaken by the Universal Service Fund (USF), an agency of the Ministry of Science, Energy and Technology, at a ceremony to be held at the historic Sam Sharpe Square.

Science, Energy and Technology Minister, Hon. Fayval Williams as well as Chief Executive Officer (CEO) at the USF, Daniel Dawes, are expected to participate in the ceremony.

“Free Wi-Fi service will be available at Sam Sharpe Square, effective January 24. All Councillors are invited to be in attendance at the launch. This a joint effort between the St. James Municipal Corporation and the Universal Service Fund,” Mayor Davis noted.

In an interview with JIS News, Mayor Davis said the initiative will positively transform the lives of residents, by providing an avenue for them to connect, create opportunities and communicate.

“Persons who sometimes have a difficulty in getting the service of Wi-Fi, especially in rural St. James, don’t really have easy access to Wi-Fi. When they are in Montego Bay, they can come to Sam Sharpe Square and have that access to communicate, whether by Whatsapp, whether by email or whatever mode they so choose,’’ he said.

Since its inception, the USF has assisted in the provision of internet service through more than 300 Community Access Points (CAPs) around the country.