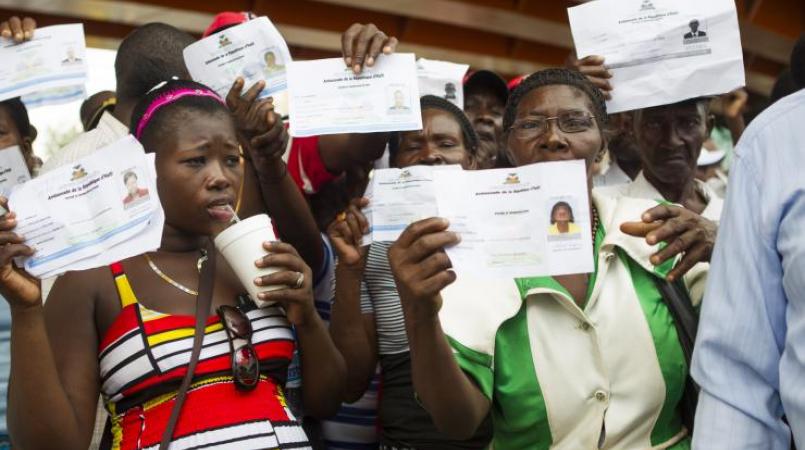 PORT-AU-PRINCE, Haiti _ Haiti‘s prime minister warned Thursday that the Dominican Republic is creating a humanitarian crisis with its crackdown on migrants, noting that 14,000 people have crossed the border into Haiti in less than a week.

“That is massive,” Prime Minister Evans Paul said during a meeting with reporters to talk about the issue. He said the number included both people being deported and those leaving voluntarily. He said many of them should be considered Dominican citizens.

Paul spoke just days after the Dominican government announced it would start deporting non-citizens who did not submit applications to establish legal residency. Many of those affected are of Haitian descent or from Haiti.

The majority of those crossing the border are children and young adults, said Paul, who stressed that the Haitian government needs to establish a social and economic plan to help them. He said that creating camps near the border to house them would only lead to more poverty.

Paul called for renewed dialogue with the Dominican government to address the migrant issue, among other things.

“It’s time to try and fix everything that needs fixing, to improve relations between both countries, but also for the good of the people, for the respect of the people on both sides of the border,” he said.

The Dominican government has said deportations will be a slow and lengthy process, with migration officials saying more than 12,000 people have left the country voluntarily.

Dominican officials met Wednesday with several ambassadors to explain the details of the immigration registration program, in which nearly 290,000 people have enrolled. An estimated 460,000 Haitian migrants live in the Dominican Republic, which shares the Caribbean island of Hispaniola with Haiti.